AOC Really Needs to Get Out More 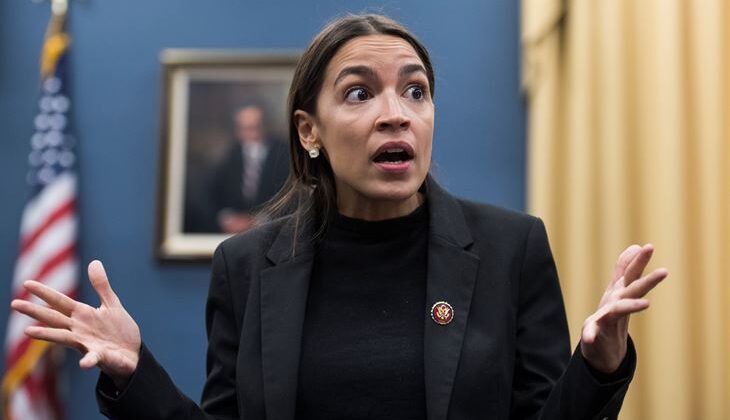 So far 2020 has had fires, the pandemic, murder hornets and unprecedented levels of unemployment. We’re all locked in and joined the legions of Zoom.

Why not divert ourselves for a moment and watch the unwinding tale of one plucky young congressperson’s journey of self-discovery? I’m speaking of Alexandria Ocasio-Cortez, the New Yorker of Puerto Rican background and Boston University grad who wants everyone to think she’s a downtrodden immigrant just making her way through life.

New York is the most expensive city to live in in the country. Boston University costs over $72,000 per year to attend. Puerto Rico is a part of the United States and has been for more than a century.

Still, the “plucky, downtrodden immigrant” narrative is a useful one despite not being true at all.

In an early episode, AOC took to Twitter to ask for help decorating her new Washington apartment. She’d just won the lottery, I mean a seat in Congress representing New York, and had apparently never decorated her own place despite being 28 years old.

That was in March 2019. In May, a couple months later, AOC flipped a switch in the apartment she’d lived in for nearly six months and “it scared the daylights out of me.”

What was this monster growling at the young woman about Washington?

In between these two incidents, and many more besides, AOC merrily destroyed 25,000 good jobs in the district the voters elected her to represent before those jobs could ever happen. They could sure use them now.

In our most recent episode, AOC sees but two paths for America as we experience the coronavirus pandemic together.

“There are two ways this can go for us,” Ocasio-Cortez recently told The New Yorker’s Jia Tolentino. “We can buy into the old frameworks of, when a disaster hits, it’s every person for themselves. Or we can affirmatively choose a different path. And we can build a different world, even if it’s just in our neighborhood, even if it’s just on our block.”

Yeah. There’s also a third path — dictatorship. We’re seeing that one before our eyes right now in the form of lockdowns, and it’s not pleasant.

Americans have never behaved in the selfish way AOC describes as a culture. Long before AOC was a glimmer in the democratic socialist’s eye, there were these things called “barn raisings.” Whole towns would get together even without a disaster to help each other fix up their farms.

Just when, AOC should be pressed, was that “framework” she describes in play? Give us some years to bookend that era.

I’ve personally witnessed disasters, tornadoes as a kid and hurricanes and earthquakes as an adult. Every disaster is followed by neighbors helping neighbors. Every time. After Hurricane Katrina, churches from all over the country sent supplies and people power to Louisiana to help with everything from search and rescue to staffing emergency shelters to rebuilding damaged homes and other structures. They sent food and clothing by the truckload. Many more donated money and stayed home wishing they could do more.

Government didn’t tell them to do any of that. It didn’t have to. Americans came up with it and did it on their own. It happens during and after every disaster in this country. And when disasters happen overseas, America leads the charge to help out. I was in Japan when an earthquake destroyed a large part of Kobe. The United States flew in water, food, medicine and engineers among other things to help our friends out. Our military, of which I was a member then, turned our warplanes and ships into relief vessels.

This is not a new thing at all and it’s not some evangelical plot to proselytize. Alexis de Tocqueville noticed it and wrote about it…in the 1830s. He was French. Liberals such as AOC should respect him for that alone.

Americans use associations to give fêtes, to found seminaries, to build inns, to raise churches, to distribute books, to send missionaries to the antipodes; in this manner they create hospitals, prisons, schools. Finally, if it is a question of bringing to light a truth or developing a sentiment with the support of a great example, they associate.

In other words, Americans voluntarily do stuff. Always have. It’s part of our country’s history and it’s in our DNA.

The welfare state wasn’t built in when America was founded. It was added later, to the detriment of our spirit of volunteerism and generosity. AOC lauds the welfare state and wants more of it, but its existence has been net negative on community spirit and organizations. Few survive today, largely because government has taken on the mantle of tax collector and benefit distributor — two roles not written into the Constitution, and which would better serve the people if it did not happen due to revenue collection at gunpoint.

Just what do they teach at Boston University? Hating America, a land its students will never truly know, apparently.

AOC should get out of New York and Washington and go spend some time in Oklahoma or Georgia. See the exotic countryside and the average American in natural attire and habitat. It would further the plucky young lawmaker’s journey of self-discovery in unpredictable ways.