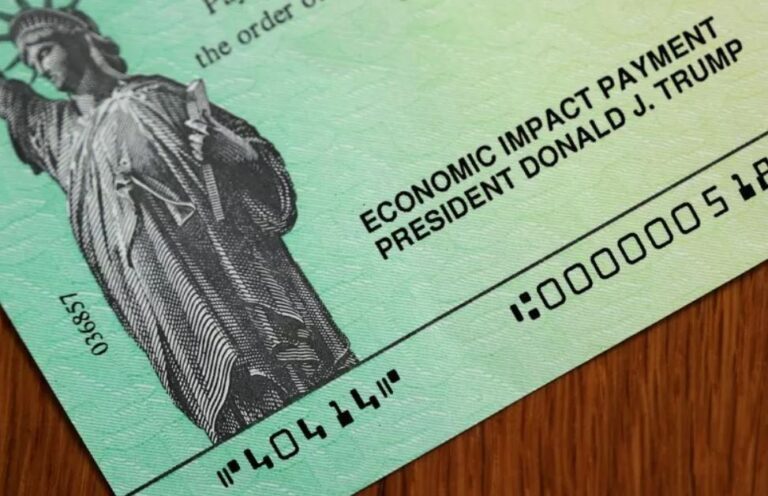 Americans hoping for a second stimulus check are turning to Google for answers as Congress mulls over a further coronavirus relief bill.

Senate Republicans have indicated further measures are expected, with Majority Leader Mitch McConnell (R-KY) stating there was a “high likelihood that we will do another rescue package.”

The House of Representatives has already passed the $3 trillion HEROES Act but it has stalled in the Senate, with the GOP insisting they will not allow the bill through Congress.

Instead, Republicans want to look at the impact of previous measures, such as the CARES Act, before assessing what action should be taken next.

The HEROES Act, put together by House Democrats led by Speaker Nancy Pelosi, included details of further stimulus checks, while more than 140 million Americans have received such direct payments after they were outlined in the CARES Act.

While another bill looks likely, the chance of a second round of stimulus checks is less certain. Alternative measures could instead be favored.

However, Americans appear keen to receive a second such round of payments, as they contend with the economic turmoil spurred by the COVID-19 crisis.

Over the past seven days in America, searches for “2nd round of stimulus check approved” were up 4,250 percent, while “when will the senate vote on the next stimulus package” was up by 2,150 percent, according to Google Trends.

The search “did the second stimulus check get approved” was up by 4,050 percent in the same time frame.

Questions are also being asked over the HEROES Act specifically, with the search “did the heroes act pass” up by 2,600 percent in the last seven days.

The searches echo polling indicating Americans feel a second round of stimulus is necessary.

In a poll of 2,000 Americans, by OnePoll, 82 percent of respondents said a one-off stimulus payment of $1,200 was not enough amid the crisis, adding they think the government should be providing monthly payments.

With the Senate adjourned until June 1, there will be no decision on a second relief bill this month. Even if it was sitting, it appeared unlikely the HEROES Act would pass as GOP Senators had suggested a “pause” until after the recess to make the next call.

However, there appears to be a consensus that something will be done, with the extent of what that may be being up for question.

“I think there’s a general consensus that something more will happen,” said Senator Roy Blunt (R-MO). “We just haven’t been able to define what that will be.”

At present, it looks as though Senators will head into negotiations once the recess ends in June, attempting to pass something before the July Fourth break.

Treasury Secretary Steven Mnuchin also said he thinks there is a “strong likelihood” another stimulus bill will be required. Federal Reserve Chair Jerome Powell previously said such action might be necessary to stem long-term economic damage. President Donald Trump also previously said a second round of direct payments was under serious consideration. However he dismissed that coming in the form of the HEROES Act, with the White House suggesting he might veto the legislation even if it did pass Congress.

With Americans keen for further support, Democrats and the GOP have clashed over the sense of “urgency” for another relief bill.

Sen. Debbie Stabenow (D-MI) previously said: “Mitch McConnell may not feel a sense of urgency but on behalf of the American people, we do. And the Senate needs to act now.”

Pelosi said in a recent statement that “Leader McConnell and the Senate GOP need to come to the negotiating table to help deliver the relief to protect lives and livelihoods.”

A handful of Republican senators have also urged something to be passed sooner, despite McConnell insisting he did not want anything pushed through until congressional leaders had done a “good job of evaluating what we’ve already done.”

The CARES Act included direct stimulus payments of up to $1,200 to individuals, with the HEROES Act including a similar round of these.

There have been calls from some senators for monthly payments to be made throughout the crisis.

Vermont Senator Bernie Sanders along with Sens. Kamala Harris (D-CA) and Ed Markey (D-MA) previously called for monthly payments amid the crisis, suggesting $2,000 to each person with an income below $120,000.

Presumptive Democratic presidential nominee Joe Biden has been urged to back $2,000 monthly payments for residents across the United States while the pandemic continues.

It comes as employment numbers continue to go up, with nearly 39 million having filed claims throughout the outbreak.

Coronavirus numbers continue to increase across the U.S., with more than 1.5 million confirmed infections.

The graphic below, from Statista, shows the countries with the most cases.