Iranian President: “No Doubt Joe Biden Will Bow to Iran”

The President of Iran believes his country will thrive with Biden in power, and he has good reason to
18 December 18, 2020 11:53 pm by Sean Gibbons 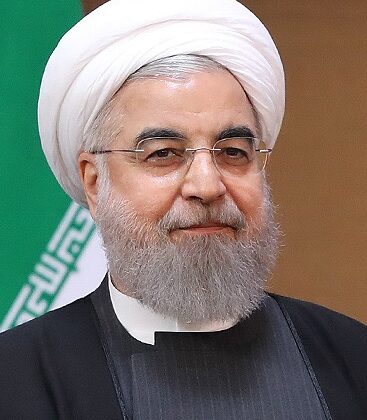 President of Iran, Hassan Rouhani, is bragging about his country’s future success now that Joe Biden has been elected President of the United States.

He said he has “no doubt” that the Biden administration will “bow” to Iran and once again join the Iran nuclear deal that President Trump withdrew from in 2018. Since then, Trump has been much more strict on the terrorist-ridden country. He reimplemented sanctions that were lifted under the deal and even conducted an airstrike, killing the terrorist military leader Qassem Soleimani.

During a televised address, Rouhani said, “I have no doubt that the heroic national resistance of Iran is going to compel the future U.S. government to bow … and the sanctions will be broken.”

A day before this address, Iran’s Supreme Leader, Ayatollah Ali Khamenei, also said he is willing and open to work with Biden if it means the United States will lift sanctions.

“If the sanctions can be lifted in a correct, wise, Iranian-Islamic, and dignified manner, this should be done,” Khamenei said. “But our main focus should be on neutralizing the sanctions, and the initiative for this is in your hands,” he added.

“The lifting of sanctions is in the hands of the enemy, but nullifying them is in our hands,” he also said.

Back in September, Biden wrote in a CNN op-ed, “If Iran returns to strict compliance with the nuclear deal, the United States would rejoin the agreement as a starting point for follow-on negotiations.”

Under Biden’s leadership during the Obama administration, the United States agreed to lift the decades-old sanctions against Iran, as long as they promised to reduce their uranium stockpile and ceased efforts to construct a nuclear weapon. Iran did not hold up their end of the deal, which came as no surprise to many Americans.