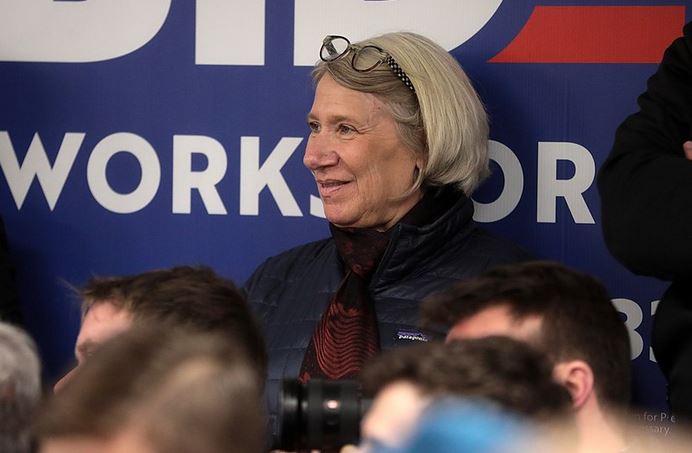 Dunn’s time in the White House serving in the Obama administration lasted just 7 months. She resigned after former Fox News anchor Glenn Beck aired a clip of her saying Mao was one of her “favorite political philosophers.”

Dunn also worked as senior adviser for the Biden campaign from 2019 until last spring when she took over its operations following a disastrous Iowa caucus showing. She then became co-chair of Biden’s transition team.

Her remarks praising the Chinese communist dictator came during a June 2009 commencement address at St. Andrew’s Episcopal High School in Washington, D.C. She said, “The third lesson and tip actually come [sic] from two of my favorite political philosophers: Mao Zedong and Mother Teresa. [They’re] not often coupled with each other, but the two people that I turn to most to basically deliver a simple point, which is, you’re going to make choices…. You’re going to figure out how to do things that have never been done before.”

Mao’s communist takeover of China led to the deaths of an estimated 45 million people.

When Fox News aired the speech, Dunn defended her comments on CNN. She claimed that her praise for Mao was “intended as irony.” She resigned from the White House a month later.