One of President Donald Trump’s priorities during his term was strengthening the United States military. In 2017, he reserved military service to men and women based on their biological sex rather than their gender identity.

During his campaign, Joe Biden promised if he were elected president that he would return to the military policy of the Barack Obama administration. This will allow men and women to serve in the military based on their “preferred” sex.

“This is the civil rights issue of our time – if this fails think of all else that fails,” Biden said. “It would have a profound effect on who we are as a people.”

Sky News interviewed a 27-year-old who has been living as a man since she was a teenager:

Nic Talbott has dreamt of a career in the military for years. He enrolled in a training programme while at university and spent his weekends in camouflage crawling through mud, or strategising in mock battle scenarios.

But a tweet by Donald Trump in July 2017 destroyed all of his plans. The president’s tweet declared: “The United States Government will not accept or allow transgender individuals to serve in any capacity in the U.S. military.”

Mr. Talbott said: “It was like my entire future had just been taken away in one moment over social media for no good reason.”

“This ban treats transgender people as lesser people,” Talbott said. “This ban implies that we are not as worthy, we are not as capable, and none of that is true at all.” 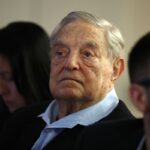 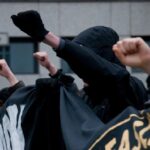