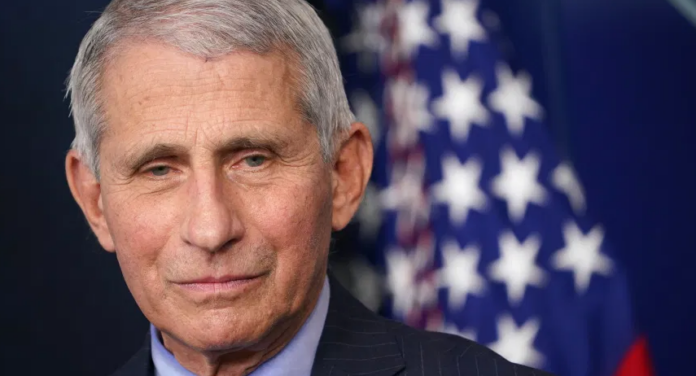 Our riveting tale of scientific excess begins harmlessly enough in September of 2011, when Ron Fouchier of Erasmus Medical Center in the Netherlands blew away the European Scientific Working Group on Influenza conference with a shocking breakthrough: the researcher had created a mutant version of the H5N1 avian flu virus that could be transmitted through air between ferrets. Within months, Yoshiro Kawaoka of the University of Wisconsin had created a similar mutant version of the flu.

Despite the high risks associated with gain-of-function research, such as global pandemics, accidents were all too common. A profusion of nearly horrific mistakes would dominate the debate around the efficacy of such risky business.

A researcher in the CDC’s influenza division accidentally contaminated a vial of a relatively mild bird flu virus with the worst one known, H5N1. The contaminated sample was then sent to the U.S. Department of Agriculture’s Southeast Poultry Research Laboratory – where it would infect some unlucky chickens.

In the wake of that near-disaster, another CDC lab had researchers prepare anthrax samples they thought were inactive. Even worse, 6 vials of smallpox were discovered in an unsecured storage room at the National Institutes of Health (NIH) campus in Bethesda, Md.

The Obama White House stepped in on October 17, 2014, halting federal funding for GOF studies that alter pathogens to make them more transmissible or deadly. Additionally, the White House Office of Science and Technology Policy and Department of Health and Human Services announced the U.S. Government is launching a deliberative process to assess the potential risks and benefits associated with a subset of life sciences research known as “gain-of-function” studies.

While the moratorium was encouraged for researchers who already received funding, some chose to continue their work. For instance, Ralph Baric, an infectious-disease researcher at the University of North Carolina at Chapel Hill, used this time to engineer a virus with the surface protein of the SHC014 coronavirus, found in horseshoe bats in China, and the backbone of one that causes human-like severe acute respiratory syndrome (SARS) in mice.

By December of 2015, moratorium or not, a handful of studies were allowed to resume, including research on Middle East respiratory syndrome coronavirus (MERS-CoV) and influenza. By March, the government granted $1.1 million contract to Gryphon Scientific to formally assess the risks and benefits of GOF work.

In 2017, more than 3 years after the initial stoppage, the NIH lifted the so-called pause. The new process, NIH Director Francis Collins says, “will help to facilitate the safe, secure, and responsible conduct of this type of research.”

Tucked away in central China and funded in part by grants from the US government, the Wuhan Institute of Virology undertook coronavirus experiments on mammals. Beginning in 2014, $3.4 million was awarded to EcoHealth Alliance to study the risk of the future emergence of coronaviruses from bats. With the pre-approval of NIH, EcoHealth distributed $600,000 of that total to the Wuhan Institute of Virology. USA Today reported that about $76,000 had been budgeted for the Wuhan lab as part of the 2019 renewal.

What kind of research was done?

What kind of research took place in China? Here are two examples I urge any reader to look into.

Bat coronavirus RaTG13 appears to be the closest relative of the SARS-CoV-2 (Covid-19), sharing about 93.1% sequence identity in the spike (S) gene. Interestingly enough, the furin cleavage site – the reason Covid 19 attacks the central nervous system – was not found in any naturally occurring variation. Rather, that specific mutation was only ever seen in the virus created by the researchers in the previously listed journal article. This virus was being held in Wuhan, China.

What does it all mean?

The most disturbing aspect of this story is that it would not have been allowed to be discussed a few months back on any platform capable of garnering views. For the major news players, a suggestion about anything mentioned in this article would cause possible bans across all money making platforms. At the very least, the offenders would be blasted by unceasing numbers of news outlets that pride themselves on their childlike credulity on this matter – as well as their on-demand outrage for all non-state sanctioned opinions.

Here are some good ones:

“Unlike what people like Sean Hannity, Tucker Carlson and Alex Jones may lead you to believe, the lab leak theory isn’t an I-told-you-so movement. An admission of uncertainty isn’t a condemnation of science or a validation of conspiracy theorists. In fact, it is how science works. There are ambiguity, the emergence of new evidence and the shifting of individual and collective perspectives.”

This image and passage come from NBC, who seem to believe the scientific method involves suppression of new evidence and perspectives. Websites were banned for the now acceptable stance. Organized campaigns aimed to discredit and ruin those who shared this perfectly acceptable view were successful, with scores of jobs and earnings lost. News stations refused to acknowledged the very real possibility of a lab leak, all while serving as a mouth piece to attack those who did hold the view. This sounds like the science of Galileo’s time, not anything we should celebrate in 2021. NBC wants you to believe we are condemning science; we’re really condemning corrupt, poorly managed, state run science. There is a distinction – and shame on them for pretending otherwise.

“The expanding conservative paper has gotten attention by dabbling in far-right conspiracy theories and paying for ads to promote President Trump.”

The previous image and text come from ABC NEWS. Epoch times is condemned in the article because “the paper’s repeated insinuations that the new virus may have come from a Chinese lab is unfounded and generally ruled out by virus researchers around the world, who have a consensus view that the virus spread from animals to humans.” The news agency that is primarily made up of Chinese-American immigrants who fled China over persecution is labeled far-right and conspiratorial simply by disagreeing using existing data.

I’ll leave it to the audience to decide whether the virus originated from the lab holding the only known coronavirus variation with all the mutations associated with Covid-19 or if it coincidentally developed in the same city.

But more importantly, are you worse off for now hearing or reading this information.? Are you responsible enough to get linked to peer reviewed journal articles? If you said yes, you might be a far-right conspiracy theorist. Join the club.