Trump: London ‘Will Never Have Safe Streets’ Thanks To Mayor 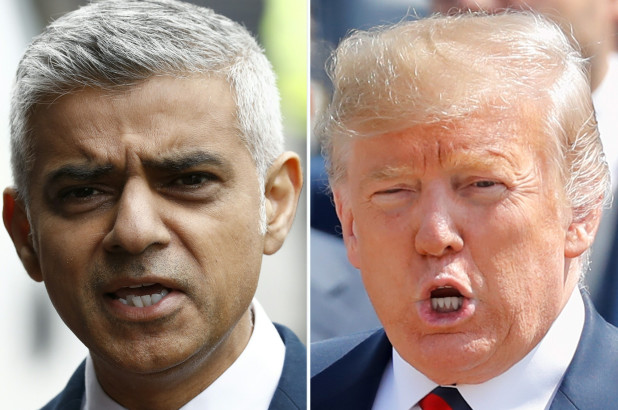 President Trump’s latest condemnation of the London Mayor, who recently signed a letter by Antifa supporting, George Soros-funded HOPE Not Hate organization which charged the American president of “unashamed racism”, came in the form of a tweet where he responded to Britain’s Katie Hopkins – a former Daily Mail Online columnist and LBC radio host.

Internet hackers who had gained control of the account of Britain’s foremost police force posted a series of tweets last week where they said things like “FREE DIGGA D ON FONEM GANG”, “F*** THE POLICE FREE DA GANG!!”, and “We are the police… -Cal and Dylan are gay btw”.

In the tweets, the hackers also called police officers “cunts” and “pigs”.

Following the burst of random tweets, the city’s Metropolitan Police later confirmed that the  “unauthorized content was sent out on Twitter”, and via email.

Although they were temporarily forced to utilize its other @MPSOnTheStreet account, officers from the Metropolitan Police claimed that there had been “no compromise of the Met Police’s IT network”.

Members of the police force also mentioned that they were “working closely with Mynewsdesk and specialist Met cyber-crime investigators to fully understand what has occurred and if there are criminal offenses.”

U.S. President Donald Trump retweeted Hopkins post where she said yearned for the same leadership in the UK that’s offered by the Trump administration.

Trump then followed up by with a quote from another British commentator who said that “Don’t love it? Leave it” should be his 2020 Presidential campaign slogan.