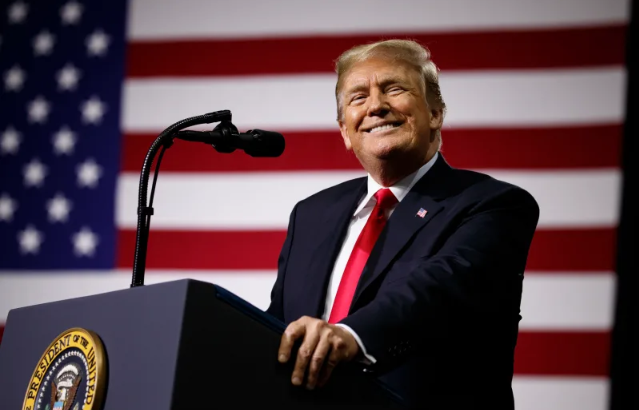 Despite some admonishments from detractors of “tanks, but no thanks,” President Trump’s plans for the Fourth of July Holiday in Washington, DC roll on – including a display of US military might.

As reported by CBS News, and other major press outlets, the Pentagon is rolling out military hardware for a Fourth of July in the nation’s capital unlike any seen before! Tanks on the National Mall and military flyovers will be part of the unprecedented celebration, by order of President Trump. He’ll be the first president to take an active role in any July Fourth ceremony in recent memory.

These flyovers cost tens of thousands of dollars per hour, though military officials say they are essentially training flights and therefore not an extra cost to taxpayers. But the National Park Service is reportedly diverting nearly $2.5 million, originally intended for parks across the country, for the celebration.

“Certainly it’s going to be more expensive than in previous years. Anytime you get a presidential visit there are inherent security costs,” said Mark Litterst of the National Park Service.

The event is being called a “Salute to America” but Mr. Trump has made it clear that the military will be front and center. “We have some incredible equipment, military equipment on display – brand new. And we’re very proud of it,” Mr. Trump said.

Meanwhile, according to Fox News,  as preparations were underway for the big event, a few problems emerged along the way as military vehicles were hauled into the capital city.

Some M1A1 Abrams tanks, set to be part of the celebration, rolled into the edge of Washington from Georgia’s Fort Stewart on Tuesday morning. By evening trailers were spotted outside the Washington Nationals game carrying the tanks into the city.

Earlier in the day, however, a flatbed carrying the tanks was apparently unable to clear an underpass, according to photos tweeted by a Politico reporter. A crane was later employed to resolve the issue.

Concern had arisen among critics and the District of Columbia government that the tanks posed potential logistical and cost issues, after Trump’s proposal to include tanks and other military vehicles in Thursday’s festivities.

Retired U.S. Army Gen. Thomas Spoehr, director of the Heritage Foundation’s Center for National Defense, told the Daily Reporter that some local roads are ill-equipped to handle the weight of the tanks.

“The tank kind of hangs off a smidgeon either side, so it takes up more than a lane when driving,” Spoehr said. “You’re going to want to do it at a time of low traffic.”

A trailer carrying the tanks also risks crushing a sidewalk if it makes too sharp a turn in a city, Spoehr added.

President Trump got the idea for an elaborate Washington military parade two years ago. “I was with you for Bastille Day and I have to say it was one of the greatest parades that I have ever seen,”  Mr. Trump told French President Emmanuel Macron back in 2017.

Ever since then, he wanted one of his own, and it looks like, despite some controversy,  he got it.

“I’m going to say a few words and we’re going to have planes going overhead, the best fighter jets in the world and other planes, too,” Trump told reporters at the White House on Monday.

French police: Not the first to be hit by group yelling ‘Allahu Akbar’