The Truth About Military PSYOPS 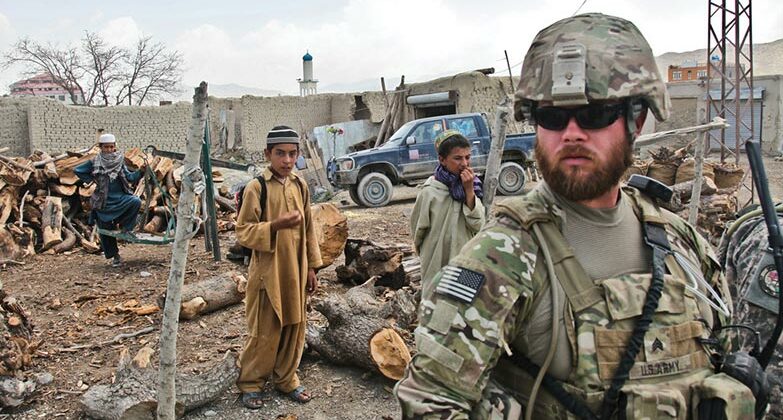 There have been many “conspiracy theories” about CIA mind control and other government attempts at so-called “psychic warfare.” Some of these programs have been substantiated, but others are way out there.

However, what is very true is that our military does use PSYOPS –which stands not for “psychic” but, “psychological” warfare.

Getting “psyched up” before battle and trying to “psych-out” your enemies have always been a part of warfare –but today the “Mind Fight” is almost as important as the physical one, and PSYOPS are an integral part of Special Operations.

At the most basic level, Psychological Operations or Psychological Warfare are planned operations designed to influence the emotions, objectives, motivations and thought processes of the enemy. In other words, targeting the mind instead of, or in addition to, the body.

In this sense PSYOPS have existed as long as warfare itself. Genghis Khan was known for making his army look larger than it was, and intentionally spreading graphic details of the brutality of his forces via advanced agents – an ancient  kind of PSYOPS meant to demoralize the enemy. Indeed, in the 5th Century BCE Sun Tzu author of the Art of War, one of the greatest military strategists of all time wrote, “All warfare is based on deception.”

In the field, PSYOPS is a force multiplier, minimizes causalities, and can be used in all aspects of warfare. It is a tactical weapon that is limited only by the resourcefulness of the commander using it, and the technology available to him or her.

PSYOPS operations during WWII involved the use of loud speakers and dropped leaflets, and these methods of dissemination of information designed to influence enemy combatants and civilian populations are still used.

However, today PSYOPS has taken a more dominant role thanks to leveraging 21st century communications technology. This includes satellite, radio and television, cellular phones and other wireless devices, and of course, the Internet and Social Media. In fact, the accusations of “Russian meddling in the 2016 presidential election via Facebook, is nothing short of a form of PSYOPS.

In March of 2009, US Special Operations Command (USSOCOM) chartered PM PSYOP. PM PSYOP is tasked with “acquiring, fielding, and sustaining the PSYOP segment of the USSOCOM.

However, these units have returned to the use of PSYOP per U.S. Army Special Operations Command (USASOC) guidance as of October 2017.

PSYOPS employs everything from strategically placed radio and TV broadcasts, to dropped leaflets. One of the most common technologies used in the field for The Mind Fight remains the loudspeaker.

A PSYOPS battalion has loudspeakers mounted on helicopters, with a range of a “few miles,” as well as deploys versions mounted on Humvees and other ground combat vehicles with ranges of up to 1,800 meters, and even speakers that are man carried in backpacks that can reach to around 1,000 meters.

The loudspeakers are instrumental in broadcasting messages to targeted combatants and civilians in areas where radio and TV signals cannot reach. The purpose of the loudspeakers is to clear the way ahead of enemy soldiers as well as non-combatants from target areas.

When surrender is the Order of the Day, the messages transmitted via the speaker systems can be subtle and persuasive – or sometimes not so much. Aggravating noise can at times be enough to do the trick.

This was the case in the famous Operation Just Cause in Panama in the late ‘80s, when it was units from the Army’s 4th PSYOPS Battalion that successfully orchestrated the surrender of former dictator Manuel Noriega by broadcasting several days of loud rock music incessantly at the nunnery where he was holed up.

Ground based loudspeakers play a vital role in PSYOP operations, however the 193rd Special Operations Wing of the USAF operates the “jewel of the crown” of PSYOPS Tech. The 193rd flies three specially modified E-130J Aircraft, designed and built by Lockheed-Martin, designated Commando Solo.

These specialized “Hercs” have received a “Military Makeover” that leaves them barely recognizable as cargo haulers. Basically as complete television and radio production and broadcast stations in the sky, these PSYOPS aircraft broadcast predetermined targeted signals over AM/FM radio, and Standard Def as well as Hi Def, television bands. It is believed they also have the ability to jam or override enemy broadcast stations on the ground, whith unconfirmed reports claiming they have done so during operations flown over Bosnia and Iraq.

In addition to being fitted with the media production and dissemination gear critical to its mission, Commando Solo aircraft have also received several other modifications, including enhanced NAV systems and avionics, sophisticated “self-preservation equipment,” and air refueling capabilities.

Commando Solo was deployed to the Middle East in support of Operation Iraqi Freedom in 2003, and again in 2005, 2007 and 2009, although details of its missions remain classified. When reached for comment, a representative of Lockheed-Martin said they were not at liberty to discuss the C-130J or its mission.

Not all of Commando Solo’s missions are combat related. During the recent Haiti earthquake-relief mission, Commando Solo aircraft were used to send live broadcasts of Voice of America programming in Creole, and critical public service announcements about the locations of food, water, and shelter.

It may be difficult to assess the exact effectiveness of any given PSYOP operation. After all, there is no blast crater to measure for a dropped leaflet.

Still, it can be said that Mind Fight operations multiply the desired effects of guns and bullets. Effective use of PSYOPS technology can result in quicker victories with fewer casualties and a lower materiel cost.

2500 years ago Sun Tzu wrote “The ultimate Art of War is to subdue your enemy without fighting” – those words ring just as true today.