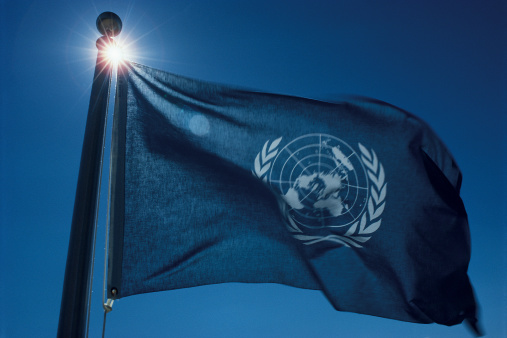 The United Nations (UN) is an intergovernmental organization that was set up by the winners of World War II – the War After The War To End All Wars – to maintain global peace and security, foster friendly relations among nations, achieve international cooperation, and coordinate harmonic interactions between nations. The UN’s primary goal was to prevent future wars.

Since its debut and despite its founders’ best intentions, the UN has become nothing short of a dictatorial body of New World Order totalitarian globalists. This elite consortium wants to micro-manage every human’s daily affairs and has enacted international pacts to get their way.

For decades, the UN has been pushing a concept they continue to promote which they call “sustainable development.” It is the driving force behind everything else on Agenda 21 which, for the first time in international politics:

“recognized each nation’s right to pursue social and economic progress and assigned to States the responsibility of adopting a model of sustainable development.”

Agenda 21 was signed and supported by more than 178 governments at the UN Conference on Environment and Development (UNCED) held in Rio de Janeiro, Brazil, from June 3-14, 1992. The “21” in Agenda 21 refers to the 21st century.

Critics regard Agenda 21 as the action plan implemented worldwide to inventory and control all land, all water, all minerals, all plants, all animals, all construction, all means of production, all energy, all education, all information, and all human beings in the world.

A related program, the Wildlands Project, details how most of the land is to be set aside for non-humans. In 2018, the Department of the Interior sold a total of 28 onshore oil and gas leases at auction, producing an all-time revenue high of $1.1 billion.

On December 11, 2018, the Bureau of Land Management (BML) announced a lease sale for more than 150,000 acres of public lands for fossil-fuel extraction (fracking) within 10 miles of Arches and Canyonlands National Parks remote western desert preserves.

Before Agenda 21 came the United Nations Millennium Declaration, “signed in September 2000 commits world leaders to combat poverty, hunger, disease, illiteracy, environmental degradation, and discrimination against women. The MDGs are derived from this Declaration, and all have specific targets and indicators.”

The notion underlying sustainable development is that humankind is already damned by and guilty of irrecoverable socioeconomic and climate conditions – which is itself debatable – and that there are too many people living on earth for the resources available to them in their specific localities.

Therefore, according to this thinking, large populations of impoverished, third-world citizens must be moved to first- and second-world countries to equal opportunity for everyone. This will solve global poverty, say the UN pundits.

In fact, the recent migrant influx into European Union countries has paid off in rising crime and an unwillingness to integrate into the host community and culture. Yet, the UN sustainability goals are still the driving force behind much international policy-making.

Since January 1, 2016, the 17 “Sustainable Development Goals Post-2015” (SDGs) of UN Agenda 2030 have been in force. These goals cover seven broad categories that govern pretty much everyone and everything on earth:

Tom DeWeese, president of the American Policy Center, called Agenda 21 “a new kind of tyranny that, if not stopped, will surely lead us to a new Dark Ages of pain and misery yet unknown to mankind.”

Many critics believe that Agenda 2030 is leading the world toward a New World Order with a One World Government hell-bent on steam-rolling individual nations’ rights for the “common good” and “sustainability.”

Furthermore, the UN’s Sustainable Development Goals may be “actively dangerous” and “a missed opportunity” because they “lock the global development agenda around a failing economic model.”

Harsher opponents charge that the UN’s far-reaching global sustainability goals are “nothing more than code words for a corporate-government fascist agenda that will imprison humanity in a devastating cycle of poverty while enriching the world’s most powerful globalist corporations like Monsanto and DuPont.”

Given the UN’s poor track record on human rights and new evidence that global warmists are alarmists rather than realists, is the world wise to entrust our collective ability to sustain ourselves in the lifestyles we choose to an organization as allegedly corrupt and incompetent as the United Nations?