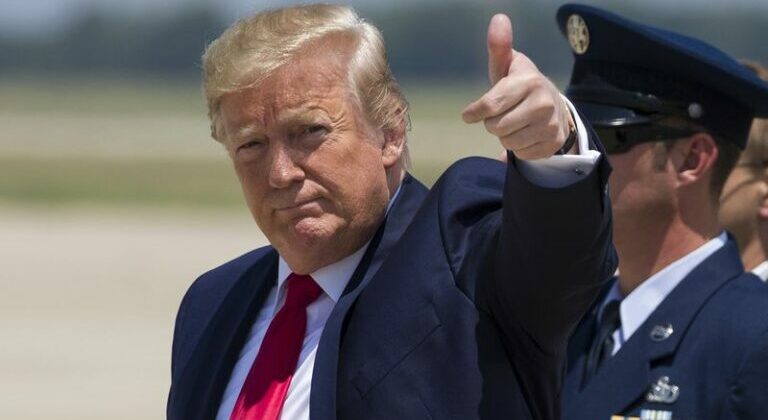 Khan, whose tenure as London’s mayor has seen a widespread epidemic of knife crime, acid attacks, drug crime, and violent assaults on police officers, claims in an article for the Observer that “a new wave of extremist far-right movements and political parties are winning power and influence at alarming speed – fuelled by Donald Trump, the global poster-boy for white nationalism”.

“Politicians across Europe are following [President Trump’s] example by seeking to exploit division to gain power – from Matteo Salvini in Italy to Marine Le Pen in France,” Khan hysterically claims while he argues unconvincingly that Hungary’s National Populist government had  “systematically destroyed the independence of both the judiciary and the press”.

He also claims that the same institutions “are also under daily verbal attack from Trump and other far-right leaders around the world.”

Khan claimed a similar phenomenon was taking place in the United Kingdom, citing what he described as “the outsize influence of Nigel Farage and his Brexit Party” — which recently won the European Parliament elections –having “pushed the Conservatives, under Boris Johnson, to become ever more right-wing, illiberal and intolerant”, and claiming Johnson’s recent announcement of a temporary suspension of Parliament ahead of the Brexit deadline highlighted his “disdain… for Parliament and our democracy.”

Indeed, Khan claimed earlier in his article that “Support for democracy is at a record low across the Western world” — a curious position for the London mayor to take, given his own vociferous support for overturning the British people’s vote to Leave the European Union and making them go to the polls again.

Mayor Khan’s most controversial attack may prove to be the one levelled at the government of Poland, the country which is hosting him as it commemorates the 80th anniversary of its calamitous invasion by Adolf Hitler’s Germany in 1939.

The former Louis Farrakhan lawyer accused Poland’s governing Law and Justice party (PiS) of “becom[ing] increasingly far-right in recent years” — an assessment unlikely to go down well at such a sensitive time for the country, especially issuing from a representative of a country which, rightly or wrongly, is widely seen as having betrayed them during the war.

Trump Hands It to the Media for More Fake News!