A Disgruntled Marie Yovanovitch Sounds Off After Trump Acquittal 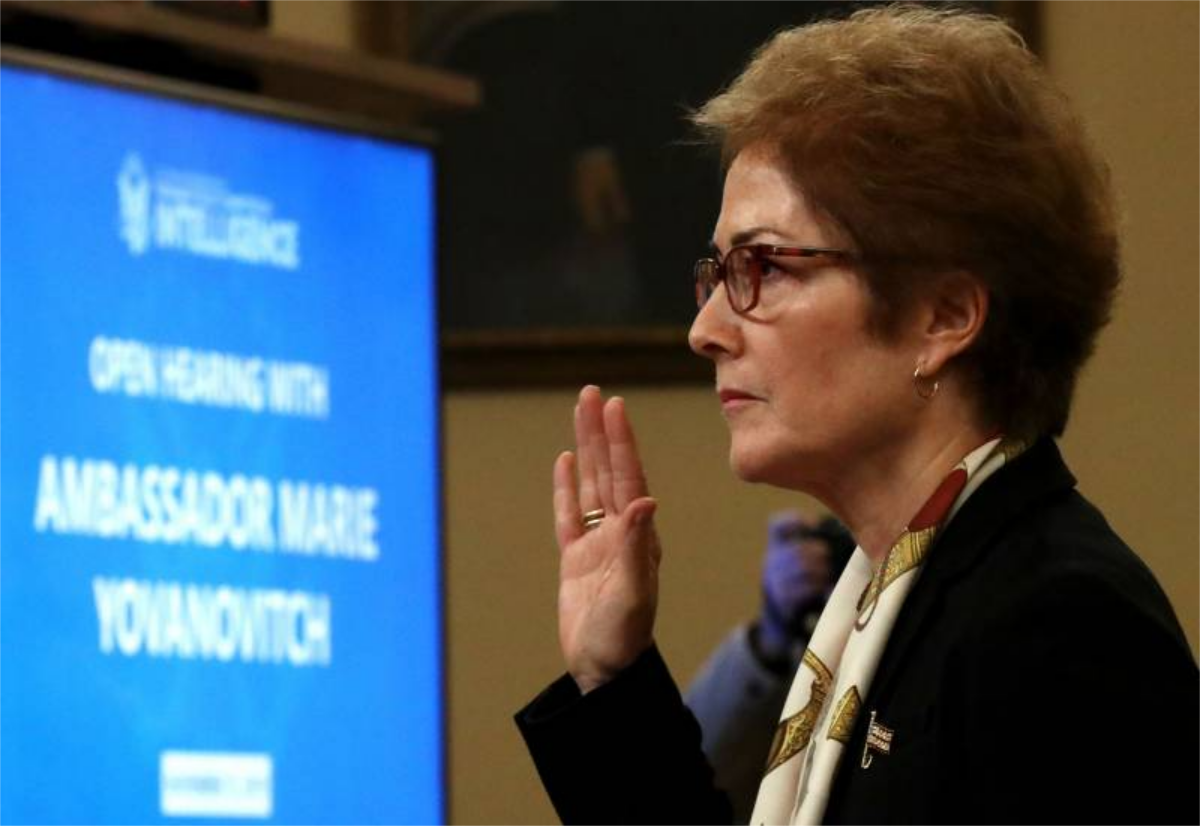 Former U.S. ambassador to Ukraine, Marie Yovanovitch, who was removed from her post last May, allegedly due to a smear campaign by President Trump and his associates, has now accused the Trump administration of “undermining” American political ideals.

Since President Trump’s acquittal in his Senate impeachment trial, an obviously disgruntled Yovanovitch has written a scathing op-ed in the Washington Post.

In the piece that was published last week, the disgraced ambassador alternated between dire warnings and hope for the future.

“I have seen dictatorships around the world, where blind obedience is the norm and truth-tellers are threatened with punishment or death,” she wrote. “We must not allow the United States to become a country where standing up to our government is a dangerous act.”

Yovanovitch continued, claiming that “the last year has shown that we need to fight for our democracy,” and that Americans must “stand up for our values, defend our institutions, participate in civil society and support a free press.”

The former ambassador drew national attention when she testified during the House’s impeachment inquiry. A career diplomat who has served both Republican and Democratic presidents, Yovanovitch relayed in detail her story of being suddenly recalled by President Donald Trump in May, saying she believes his personal attorney Rudy Giuliani played a key role in telling people she was not sufficiently supportive of the president.

“It has been shocking to experience the storm of criticism, lies and malicious conspiracies that have preceded and followed my public testimony, but I have no regrets,” she wrote.

At the same time, Yovanovitch – who retired from the State Department at the end of January, expressed confidence in her former agency and hope for the future.

“The State Department is filled with individuals of integrity and professionalism. They advance U.S. interests every day — whether they are repatriating Americans vulnerable to a pandemic, reporting on civil unrest, negotiating military basing rights or helping a U.S. company navigate a foreign country,” she said, adding, “While it is bittersweet to retire from a job that I love, I know there is a new generation of experts who will advance our interests in an increasingly dangerous world.”