The Real Reason Democrats are Pushing for Mail-In Ballots 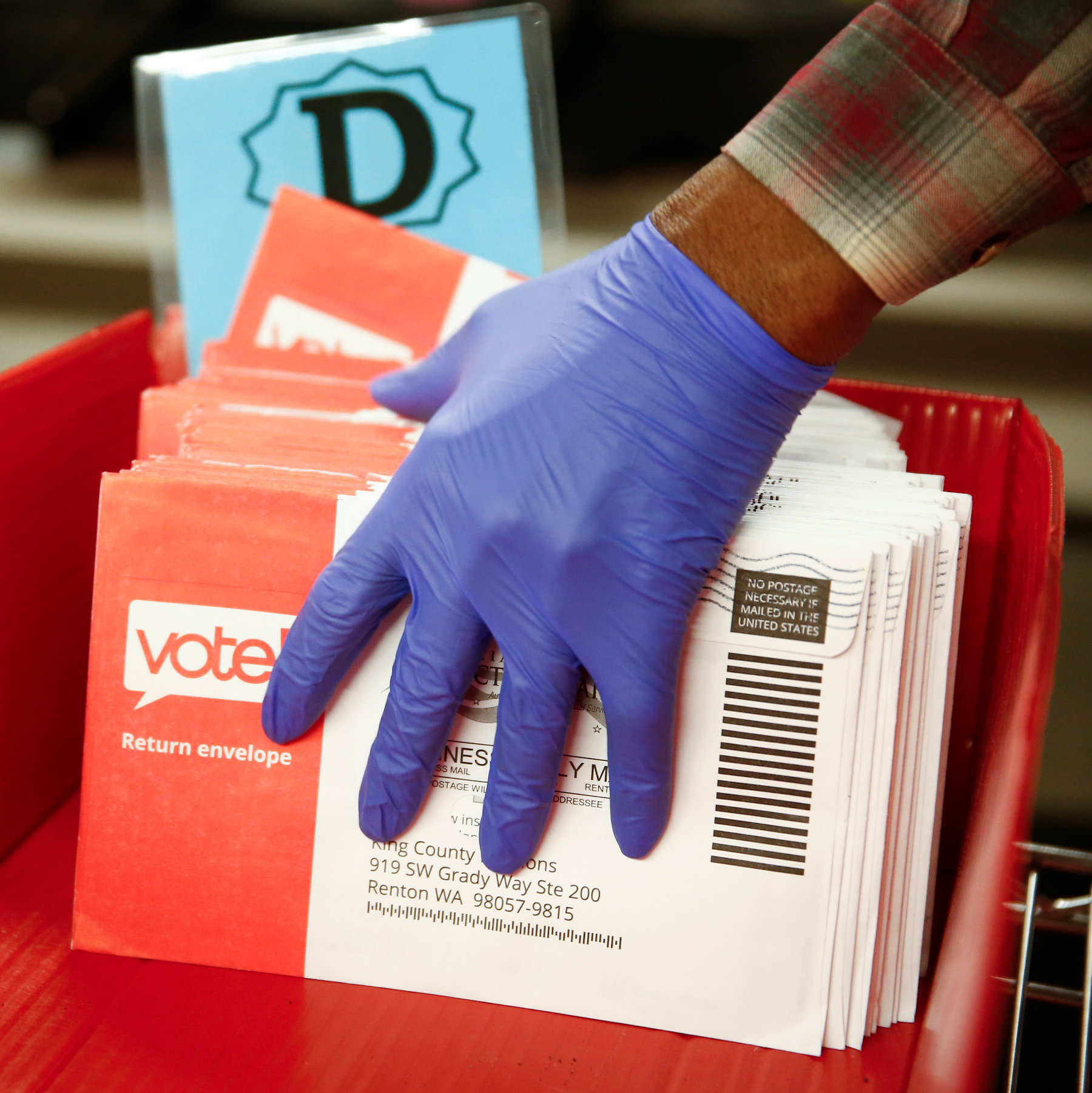 Mail-in ballots are the latest talking point for Democrats and their media allies.  They claim this will keep voters safe from the Wuhan virus, even though it is burning itself out quite nicely on its own.

The surges in cases we are seeing across the country mean that more and more of the population have been exposed to the virus.  The vast majority are not getting sick; in fact, most don’t even know they are ill, and they are getting tested due to potential exposure, for return to work or travel or simply because the tests are widely available and free under most insurance plans.

Once the virus tears through a population, there are fewer left to infect, and it goes away.  A summer surge in positive tests brings us closer to herd immunity, and this will likely burn itself out by fall.  Normal colds and seasonal flu may complicate things, but that’s another story.

The compassionate Democrats say it’s too dangerous to wait in line to vote.  Yet it was fine for hundreds to wait in line for John Lewis’s funeral procession.  Hypocrisy is on full display when it comes to the Chinese coronavirus.

The all-knowing, all-caring Dr. Anthony Fauci donned a large mask while standing all alone on the pitcher’s mound waiting to launch his ill fated pitch closer to the dugout than home plate.  Yet in the bleachers, he was yukking it up with some pals, forgetting all about masks and social distancing.

Aside from mail-in ballots being ripe for cheating, there are other more subtle forces at play here.  CBS did its own vote-by-mail experiment and, surprisingly, at least to CBS, discovered “potential problems” such as that “3 percent of voters were effectively disenfranchised.”  That could be enough to tip a close election.

RealClearPolitics reports, “28 million mail-in ballots went missing in the last four elections.”  Someone should ask Mitt Romney for comment, if he is not too busy marching with the Black Lives Matter Marxists.  How many of those ballots had his name on them?  Or John McCain’s?

Mail-in ballots have been in effect in my home state of Colorado since 2013.  Local media described this as “smart.”  It was certainly smart for Democrats.  A couple of years later, not coincidently, the Daily Beast observed that Colorado is “starting to look more blue than purple.”  Aside from an anemic Colorado GOP, ballot-harvesting is quite easy with mail-in ballots, turning Colorado blue.

Is the Democrat-media push for mail-in ballots simply so they can cheat and steal the election from President Trump?  Perhaps, but suppose Trump is headed for a landslide victory, as some of us have suggested.  Even cheating may not be enough to drag Dementia Joe across the finish line.

Über-left Harvard law professor Lawrence Tribe let the cat out of the bag with this tweet.

The Democrats don’t have to cheat in the casting of ballots.  They simply don’t have to count the ballots at all.  It’s quite clever, and Professor Tribe, along with the U.S. Postal Service, provided the roadmap.

Democrats will push mail-in ballots, for voter safety, they say — as in it’s safe to attend John Lewis’s funeral without distancing, but try that for your own family member’s funeral.  The media will fan the flames with exaggerated case counts and deaths.  Democrat governors will keep their subjects in fear with increasing mandates – masks, face shields, school and business shutdowns — such that everyone is afraid to leave his house for anything, including voting.

The Postal Service will conveniently shut down, unable to deliver the ballots.  If some post offices remain open, they will misplace or lose ballots.  If ballots cannot be delivered, they cannot be counted.  The election will not be decided, not on election night, not the next day, next week, next month.

It will be a repeat of Al Gore’s hanging chad story, with lawsuits and Soros-funded state and county officials unwilling to certify any election results.  Democrats have been preparing for this scenario.

There will be mass chaos and confusion.  The virus will be long forgotten, and the new narrative will be that there is no way to declare a winner as too many ballots were lost and unable to be counted.

Amid the chaos, enough states won’t be able to certify their electoral votes, and neither candidate will have a majority.  Voilà: it will be up to Congress to decide, the Democrat-controlled House choosing a president and the Senate choosing the irrelevant vice president.

And not necessarily House Speaker Nancy Pelosi, as she is only a half-step behind Dementia Joe in age and cognition.  How about Hillary Clinton?  Michelle Obama?  Mayor Pete?  Take your pick.  Mitt Romney for V.P.?  How about Susan Collins?  Bipartisan in name only.

It is certainly clever and now obvious how the Democrats plan to steal the election and install a president of their choosing, without the messiness of an actual campaign and election.  If I figured this out, certainly, the very stable genius president has, too.  And he is ready, based on this recent tweet.

They will still try, and the media will cheerlead the effort, but Trump is prepared, and this latest Road Runner vs. Coyote scheme will fail, just like all the others.  Enjoy the show!