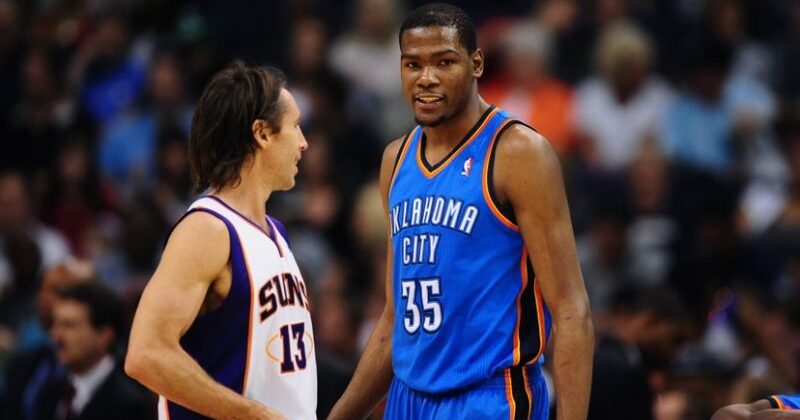 ESPN sports commentator Stephen A. Smith blasted the Brooklyn Nets hiring of Steve Nash as their head coach, calling the move a sign of “white privilege.”

Smith prefaced his comments on white privilege noting that Nash has a lot of experience on the court, is extremely intelligent, is universally liked, is a leader, and deserves this opportunity. But then Smith segues to the claim that because Nash is white, he doesn’t deserve it as much as black candidates might.

“There is no way around it,” Stephen A. Smith said of the Nets bringing on Nash. “This is white privilege. This doesn’t happen for a black man.

“No experience whatsoever on any level as a coach? And you get the Brooklyn Nets job?” Smith said incredulous.

Smith went on to list several black candidates who were passed up for the Nets top coaching job, adding that they were “passed up. For a guy… that has no experience whatsoever.”

“In these times where we’re making all of this noise about social justice,” Smith raved, “Yes, that was the tipping point — George Floyd’s killing, his murder, you know violence against black men who are unarmed — all of that stuff is true.” He added that the “proverbial glass ceiling” breeds frustration among blacks.

“How the hell does this always happen for somebody else, other than us?” he continued. “Why is it we have to be twice as good to get half as much? Why is it that no matter what we do and how hard we work… somehow, some way, there’s another excuse to ignore that criteria, to ignore those credentials, and instead bypass it, and make an exception to the rule for someone other than us!”

The Nets hiring of Nash made Smith “depressed.”

“Now we got Steve Nash who has no coaching resume,” Smith said warming to his conclusion, “yet again, we find ourselves looking at a situation as black people — you know what, as egregious as it is to kill an unarmed black man, to shoot him and things of that nature — there are a multitude of ways where black folks, particularly black men, have been sliced and diced up, and thrown out to pasture.

The Next Pandemic: Trump Derangement Syndrome