Vicky Osterweil’s new book, “In Defense of Looting,” “makes the case that looting isn’t a betrayal of protests for Black lives, but a vital aspect of the movement,” writes Claire Fallon in the Huffington Post. Fallon approvingly connected Osterweil’s defense of looting directly to rioting in Wisconsin last week that led to two dead and millions of dollars in damages against innocent bystanders who saw their life’s work go up in smoke. 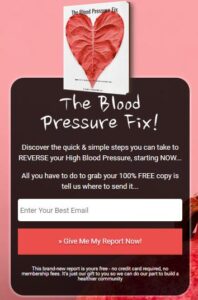 National Public Radio also decided to feature Osterweil Thursday on its podcast “Code Switch,” for which the tag line is “Race. In your face,” under the banner “America reckons with racial injustice.” The interview openly makes the case that the existence of racial injustice in history justifies violent crime.

NPR assistant editor Natalie Escobar, a graduate of the nation’s top-rated journalism school at Northwestern University and who previously worked at The Atlantic, uses her publicly funded job and platform to interview Osterweil about his new book. It is expanded from a 2014 essay with the same name issued in the wake of the Michael Brown riots in Ferguson, Mo., which also included looting.

Osterweil is a transgender male who calls himself a “writer, editor, and agitator.” His Twitter handle is Vicky_ACAB. ACAB means “all cops are b-stards.” The acronym has been spray-painted on buildings in Kenosha and numerous other riot-torn American cities this summer in the name of Black Lives Matter. Osterweil has written for The Nation, an openly Jacobin publication, and Al Jazeera America, according to his Barnes and Noble bio.

Escobar wants to turn that into hand-waving. Osterweil “argues that looting is a powerful tool to bring about real, lasting change in society,” Escobar writes. “The rioters who smash windows and take items from stores, she says, are engaging in a powerful tactic that questions the justice of ‘law and order,’ and the distribution of property and wealth in an unequal society.”

Another thing Osterweil says is that Democrat public officials’ and the media’s constant attempts this summer to distinguish the rioters from “peaceful protesters” is a lie and a ruse: “Another trope that’s very common is that looters and rioters are not part of the protest, and they’re not part of the movement. That has to do with the history of protesters trying to appear respectable and politically legible as a movement, and not wanting to be too frightening or threatening….the history of the movement for liberation in America is full of looters and rioters. They’ve always been a part of our movement.”

Osterweil clarifies early in his NPR interview that he is indeed openly supporting theft in the name of justice: “When I use the word looting, I mean the mass expropriation of property, mass shoplifting during a moment of upheaval or riot. That’s the thing I’m defending. I’m not defending any situation in which property is stolen by force. ”

Stealing is force, bucko. Taking away someone’s property is taking away his life. That’s because, for non-criminals, money comes from work. Work requires time. Time is a limited and precious commodity. Non-criminals use large parts of our lives to work to generate the income that we use to buy things. Therefore, property represents a portion of our lives. Taking someone’s property therefore equals taking part of his life away. (This is also why high taxes are immoral.)

This is a publicly funded “news” organization using U.S. tax dollars to glamorize and rationalize theft and property damage. While that may be surprising, considering that professors and teachers at tax-funded institutions use their comfortable public sinecures to also encourage looting and rioting, maybe it shouldn’t be. Just like they haven’t done anything to keep public funds from people who teach Americans to hate America, however, don’t look to Republicans to defund NPR any time soon.

Osterweil says many other eyebrow-raising things, including in this section of the NPR interview:

[Looting] does a number of important things. It gets people what they need for free immediately, which means that they are capable of living and reproducing their lives without having to rely on jobs or a wage…It also attacks the very way in which food and things are distributed. It attacks the idea of property, and it attacks the idea that in order for someone to have a roof over their head or have a meal ticket, they have to work for a boss, in order to buy things that people just like them somewhere else in the world had to make under the same conditions. It points to the way in which that’s unjust…Importantly, I think especially when it’s in the context of a Black uprising like the one we’re living through now, it also attacks the history of whiteness and white supremacy. The very basis of property in the U.S. is derived through whiteness and through Black oppression, through the history of slavery and settler domination of the country. Looting strikes at the heart of property, of whiteness and of the police. It gets to the very root of the way those three things are interconnected. And also it provides people with an imaginative sense of freedom and pleasure and helps them imagine a world that could be…riots and looting are experienced as sort of joyous and liberatory.

Osterweil’s essay “In Defense of Looting” was also promoted this summer in GQ magazine’s “Reading List for Radicalizing Your Parents.” The GQ article summarizes the essay: “In challenging the widely accepted notion that the civil rights movement was non-violent, and that its non-violence predicated its limited successes, Vicky Osterweil flatly lays out the practical, tactical, and political benefits of rioting and looting.” Note how here GQ legitimizes violence in the name of “civil rights.”

To the left, using the wrong pronoun for a transgender person is violence, but violently stealing your stuff is civil rights. As Federalist Senior Contributor Ellie Bufkin said to me, “The left has destroyed language so fully that a white man who claims to be a woman has written that black people stealing things is freedom.”

“One thing about looting is it freaks people out. But in terms of potential crimes that people can commit against the state, it’s basically nonviolent. You’re mass shoplifting. Most stores are insured; it’s just hurting insurance companies on some level. It’s just money. It’s just property. It’s not actually hurting any people,” Osterweil told NPR. In his 2014 essay, he said looting has been “one of the most righteous anti-white supremacist tactics available” in America.

In his Huffington Post interview with an obviously smitten white iGen female, Osterweil says “the savage has no concept of property; they don’t actually have any real ownership to the land.” True. To him, however, being “savage” is a good thing. It is a goal.

He also very openly explains why Black Lives Matter protesters are going after police: It’s because they are only superficially interested in what is alleged to be police brutality. More deeply, they attack the police because the police are an emblem of and the front-line guarantors of law and order. The police’s job is to secure people’s lives and property. Socialists want both of those to be under their control, not left to individuals to manage independently.

As Georgi Boorman explains, the left’s talk about white privilege and “antiracism” is not really about race. It’s about redistribution of wealth and power. It’s ultimately about socialism. The rioters and looters believe they are entitled to other people’s things. They are simply the rough, street version of the current Democrat Party.

“People don’t talk about this movement being an attack on private property,” Osterweil told HuffPo. But it is: “And that’s because if we attack whiteness, private property, and the police all at once, you’re talking about a revolution.”