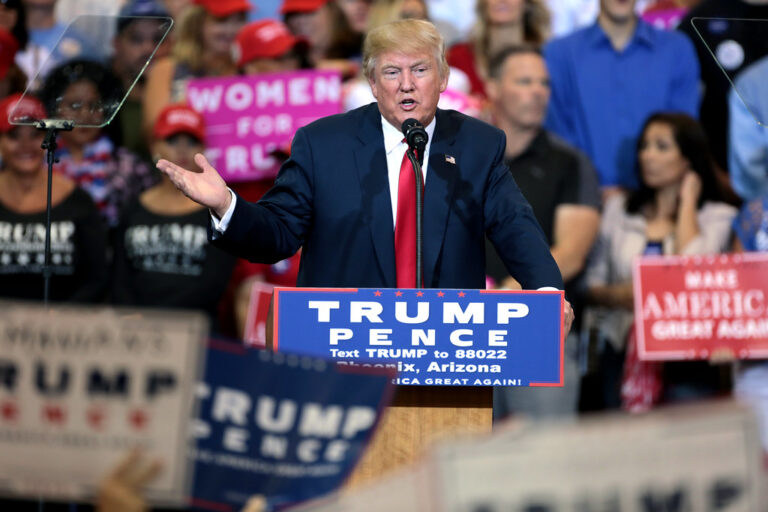 Karl W. Smith, former vice president at the Tax Foundation and an assistant professor of economics at the University of North Carolina, used his Bloomberg opinion column to explain how the economy improved under Trump. Of course, the column didn’t get mainstream media attention prior to the election.

As Smith wrote, not only did unemployment drop and economic growth increase beyond what experts said was possible, but median household income rose far above what it had been for the past few decades.

“The key to that number is the breadth of Trump’s expansionary agenda. Republican presidents have typically focused on tax cuts, particularly for businesses, with the idea that they will encourage an increase in investment and wages. Democrats have tended to seek spending increases, often with the hope that they will stimulate the overall economy and increase job growth. Presidents of both parties have traditionally left interest-rate policy to the Fed,” Smith continued.

“Trump broke the mold by aggressively battling on all three fronts. He also sought to increase jobs in manufacturing and agriculture by pursuing a series of trade wars. (Most economists, from across the ideological spectrum, think this policy backfired.) Nonetheless, if one had to choose between Trump’s three good policies plus trade wars, or the more modest economic policies of his predecessors, the easy choice is Trump.”

Trump further improved the economy by lowering the unemployment rate, especially for African Americans. As Smith wrote, during Obama’s tenure, the unemployment rate dropped from 909% to 4.7% following the Great Recession. Treasury and Federal Reserve officials said that number couldn’t decrease any more. Trump proved them wrong with the three-pronged approach, and unemployment fell to 3.5%, the lowest since 1969.

Experts also claimed Trump’s goal of 3% growth was impossible, yet Trump made it happen.

Smith suggested this was not merely a continuation of Obama’s policies or a trend that started during his administration.

Trump’s tax cuts, spending increases, and lowered interest rates were a deviation from past policies, leading to economic success. From this knowledge, Smith concluded that Biden should follow Trump’s lead on spending, taxes, and interest rates but stop the trade wars for a successful economy.

Biden, however, has said he would eliminate nearly all of the Trump tax cuts, meaning a return to Obama policies and a poorer economy.