Did Joe Biden Just Forget He Is The President?

Biden just referred to Trump as "the president" 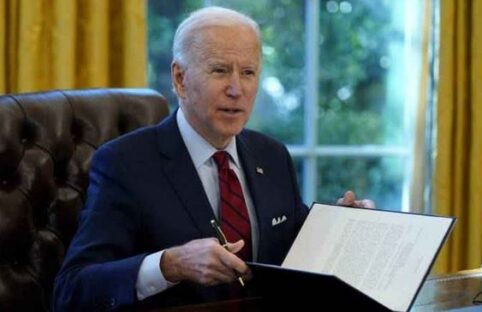 Joe Biden also claimed that his executive orders will “undo the damage Trump has done” involving programs such as Obamacare and Medicare.

“There’s nothing new that we’re doing here other than restoring the Affordable Care Act and restoring Medicaid the way it was before Trump became president,” Biden continued.

Biden also decided against wearing a mask while signing his executive orders, even though he implemented a mandate requiring anyone inside a federal building to wear a mask. “Since we are socially distanced, I think I can take my mask off and make this very brief announcement,” Biden said to reporters after they entered the Oval Office.

Biden spoke to reporters for about 3 minutes, maskless the entire time. He cleared his throat throughout and even coughed at one point.