Another attempt to demonize firearms... 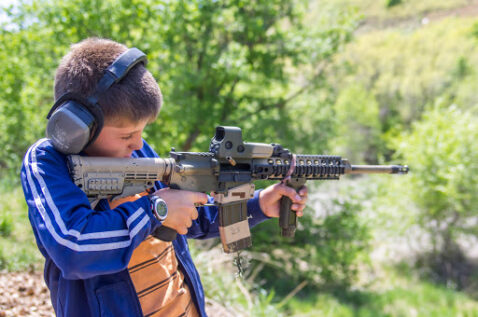 A New Mexico state senator introduced a new bill that could criminalize parents that teach their kids how to shoot a gun, unless that child is an “authorized user,” which is only possible if the minor is at least twelve years of age and has successfully completed a firearm safety training course.

A minor may be an authorized user only if the minor is at least twelve years of age and has successfully completed a firearm safety training course.”

The New Mexico Shooting Sports Association (NMSSA) says that the “storage mandate” in the bill “would make it a crime for a child to handle your firearm unless the child was 12 or older and had previously completed a firearms safety class.”

“You would become a criminal for taking your child to go shooting if they had not previously taken some kind of formal class,” NMSSA added. “The bill is an uneducated attempt to demonize firearms … It is already a crime to place a child in a situation that endangers their life, this law does nothing to add to a child’s safety.”

NMSSA also stated, “The law is completely unenforceable unless they plan on going door-to-door inspecting firearm storage in your home. But this bill again goes beyond what they have attempted in the past. If a prohibited possessor gains access to your firearm you are liable as well. … Albuquerque is the property crime capital of America; if your home or vehicle was broken into and a convicted felon stole your firearm, you could be charged with a crime under the bill. Instead of taking on the issue of the crime wave that has engulfed Albuquerque and other parts of the state, Sedillo Lopez wants to blame you, someone just seeking to defend yourself, if your firearm is stolen.”