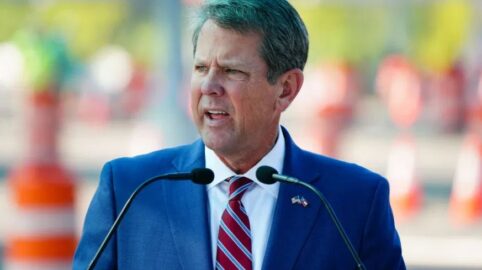 Sporting leagues, including Major League Baseball and the PGA Tour, are targets of the pressure to campaign to oppose the state’s new voting laws, which include mandating photo ID for absentee ballots. Democrats strongly oppose these reforms. Biden called it “Jim Crow in the 21st century.”

The Master’s Tournament and MLB All-Star Game are scheduled to be hosted in Georgia. Activist groups like National Black Justice Coalition and the Major League Baseball Players Association, a trade union, are demanding that the leagues take action to protest the new voting law.

“The PGA Tour and Masters Tournament have both made commitments to help diversify golf and address racial inequities in this country — and we expect them to not only speak out against Georgia’s new racist voter suppression law — but to also take action,” the National Black Justice Coalition said.

“Players are very much aware of the Georgia voting bill, which places restrictions on voting that some believe will make it particularly difficult for black voters to reach the polls,” the executive director of the MLB Players Association said. “As it relates to the All-Star Game, we have not had a conversation with the league on that issue. If there is an opportunity to, we would look forward to having that conversation.”

Stacey Abrams’ organization, the New Georgia Project, and Martin Luther King Jr.’s daughter have warned that a boycott could “hurt middle-class workers and people grappling with poverty” in the Georgia. Meanwhile, other groups such as Black Voters Matter and the African Methodist Episcopal Church are boycotting major global companies that have headquarters or operate in Georgia, including Coca-Cola, until they make a public opposition against the voting laws.

“[If ] Coca-Cola wants black and brown people to drink their product, then they must speak up when our rights, our lives, and our very democracy as we know it is under attack,” Bishop Reginald Jackson said at a rally in Atlanta last week. Shortly after, #BoycottCocaCola starting trending on Twitter.