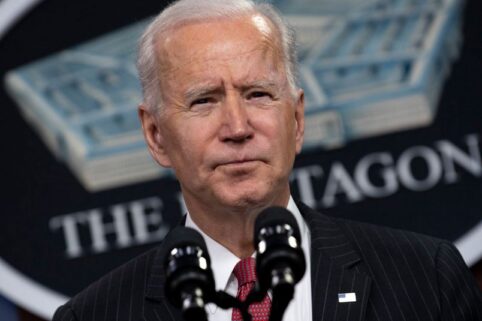 President Biden announced six executive orders that aim to address what he calls the ongoing “gun violence public health epidemic” in America. One of the incoming actions will be regulation of “ghost guns” — makeshift weapons that can be assembled at home or ones without a serial number.

The first action directs the Department of Justice to issue a rule to put a stop to “ghost guns” within 30 days.

“We are experiencing a growing problem: criminals are buying kits containing nearly all of the components and directions for finishing a firearm within as little as 30 minutes and using these firearms to commit crimes,” the news release said. “When these firearms turn up at crime scenes, they often cannot be traced by law enforcement due to the lack of a serial number.”

The second executive action directs the DOJ to issue a rule to “make clear when a device marketed as a stabilizing brace effectively turns a pistol into a short-barreled rifle subject to the requirements of the National Firearms Act.”

A third action directs the DOJ to publish model “red flag” legislation. This allows a family member, friend, or member of law enforcement to petition a court to temporarily bar a dangerous individual from accessing a gun.

The fourth and fifth actions outline investments in “community violence interventions” and direct the DOJ to publish an annual report on firearms trafficking.

The sixth action announces Biden’s intention to nominate David Chipman, a gun reform advocate, to serve as director of the Bureau of Alcohol, Tobacco, and Firearms, a key agency in gun law enforcement.