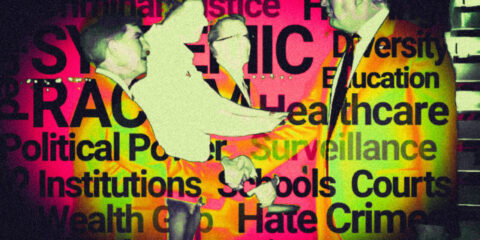 Governor Asa Hutchinson (R) allowed the bill to become law without his signature. He said it “does not address any problem that exists and the paperwork and manpower requirements are unnecessary.”

The law is among several Republican lawmakers are promoting in response to the Democratic Party’s ongoing effort to replace traditional teachings with ideas that promote divisiveness.

Foremost among these is critical race theory, which promotes the misconception that the United States is inherently racist and sexist.

CRT defines race not as a biological trait but as a social construct to oppress and exploit people of color. It also argues that laws and legal institutions in the United States maintain racial inequalities.

Such ideas have permeated the highest levels of education. Federal officials are currently reviewing a proposal to allocate more than $5 million in grants towards “projects that incorporate culturally and linguistically responsive learning environments.”

In other words, schools that portray the United States as systemically racist will earn money from the government.

GOP opponents, including Senator Mitch McConnell (R-KY), wrote to Education Secretary Miguel Cardona earlier this month to express frustration with the proposal: “Families did not ask for this divisive nonsense. Voters did not vote for it…Americans never decided our children should be taught that our country is inherently evil.”

The Biden Administration reversed this policy, which has also directed the Department of Education to incorporate ideas from the alternative history 1619 Project (read more on that here).