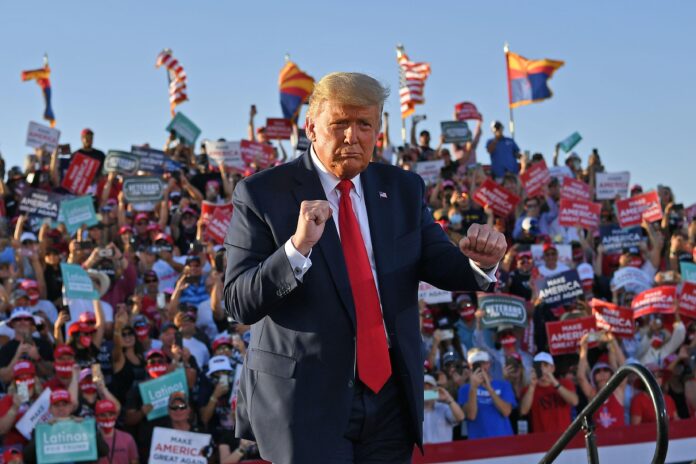 Democrats and their media mouthpieces have repeatedly accused President Trump of violating norms and traditions.  They constantly accuse him of breaking the law even though he has yet to be charged with even a parking meter violation.

If these past years have been untraditional and abnormal, we should first check out who initially broke the traditions and norms.

It seems to have started after Trump won the 2016 presidential election – shocking Democrats and the left-leaning media into a traumatic state of political apoplexy.  For them, the impossible had happened.

Traditionally the losing party licks their wounds and pledges of loyalty and cooperation with the winner.  Even in the highly contested and controversial election of 2000, the defeated Al Gore gave the traditional concession statement – wishing then-President-elect George Bush his congratulations and support.  Democrats accepted the outcome.

That is what normally happens.  That is the great American tradition.  But that is NOT what happened following Trump’s upset victory – which obviously upset those on the left a lot more than we might have expected.

Even before Trump was Inaugurated, Democrats and the media went on an all-out assault on the incoming President.  They announced an unprecedented “resistance movement.”  Calls and plans for his impeachment were not only emanating from some of the left fringe, but from Democrat members of Congress.  That was not only not a traditional response, but it was also unprecedented in all American history.

The left made no secret of their intention to violate all presidential transition norms.  They said it out loud.  They demanded that no government official — no member of the Fourth Estate – was to “normalize” Trump by saying anything positive or supportive.  This was not an idle threat but a unique tactic to be carried out by the highest levels of the Democratic Party and the major news media within the elitist New York liberal echo chamber.

IF there was any doubt that the malignant ardor to bring down Trump was a serious goal, the next four years of constantly using … uh, abusing … congressional powers to hamstring the Trump White House and to slander and malign the President and all Republicans who support him in any way – even the most modest of praise.  For four years, much of the major media took up the roll of prosecutors in the kangaroo court-of-public-opinion.  The normal journalistic tradition of objectivity was kicked to the side.

Normally, when a President was about to leave office, the opposition Party and the press lose a lot of interest.  We now have five former presidents.  Four of them – Jimmy Carter, Bill Clinton, George Bush and Barack Obama – rarely appear in the news.  Obama a bit more than the others.  That is the tradition. That is the norm.

In terms of Trump, the media cannot resist their obsession to keep pounding and pounding – creating every possible negative news story.  Trump receives more media attention that President Biden – and it is 100 percent negative.

Even if you view Trump as a controversial figure who generates some of his negative publicity – and I do — it does not explain or excuse the excesses of those who are obviously driven by hatred for the man, the Republican Party and conservatives.

But have the Democrats and the left-wing press now gone too far? Has the public grown weary of watching news casts of Trump and Republicans – officials and voters –  being characterized as evil incarnate?

If you use social media platforms, there appears to be an enough-is-enough attitude rising from the grassroots.  The number of Trump-hate postings appears to be in decline.  When you check out television ratings, you will see that the most corrupt and vicious networks are suffering a loss of viewers.

That may be the result of another tradition.  People do get tired of negativism.  There arises a sense of “piling on.”  Perhaps some of those outside the base of each party are taking another look at Trump after seeing Biden in action for six months.

In terms of the GOP base, Trump has actually risen in popularity.  And is that rise a function of Trump, himself, or a growing aversion to the excess of the anti-Trump media.

In addition to being weary of the hyperbolic negative narratives from the Fourth Estate, Republicans are damn angry at being maligned on a daily basis by the news media hosts and reporters – and all those panels of parroting pundits.  I know I am.