The racist double standard of the left 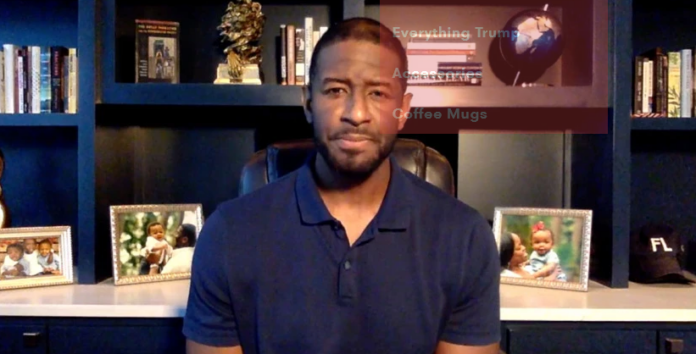 In case you forgot the name, Andrew Gillum is the former Democrat mayor of Tallahassee, Florida.  In 2018, he ran for governor of Florida against Republican Ron DeSantis.  Gillum – the first Black American to secure the Democrat nomination — lost that race.

Gillum had been a bit of a political wunderkind, having been elected to the Tallahassee City Commission at the age of 23.  After his gubernatorial defeat, Gillum became a celebrity panelist and contributor for the more liberal news outlets – making frequent appearances on MSNBC and CNN.  Like Stacy Abrams – another Black American who narrowly lost the gubernatorial race in Georgia – Gillum was considered a rising star in the Democratic Party.  And like Abrams, often mention as a potential vice-presidential candidate – and even a future president.  The handsome and articulate Gillum was often compared to President Barack Obama.

Gillum was so out of it that he was unable to speak coherently.  The gay escort was rushed to the hospital.  When he gained some composure, Gillum said that he had visited his friend after attending a wedding in Miami.  The friend, Travis Dyson, later told police and reporters that he and Gillum were friends for some time.

Later, Gillum announced that he had been struggling with alcohol addiction and depression since his defeat in the 2018 election – and said that he was entering a rehabilitation program.  He did not address questions regarding the nature of his relationship with Dyson.

Fast forward …   There now appears to be an effort to rehabilitate Gillum and put him back on the political path.

After months out of the public eye, Gillum has posted an 11-minute video on Instagram, discussing his rehabilitation – intimating that he is now a reformed man.  The video led off with understatements, to say the least.  He addressed the public saying that “we have not connected” because he had “taken some time away”  to work on himself.  “There were some issues I was having,” he said.

He added that he had gone away to work on the problem of alcoholism – not mentioning anything about drugs and a possible extramarital gay relationship.  He attributed his one self-confessed alcoholism to his father – and has grown up with that addiction as a family matter.

Gillum expressed concern that he would expose his children to an alcoholic father.  “I knew I had to do something about it – and do it now.”

Gillum said that he had “underestimated the impact of losing the governor race” had on him.  He did not talk about it at the time because he saw it as a personal failure – and that he had “let so many people down.”  He said that he realized that he would not get the opportunity to do the many things for the people of Florida – a state he said he loved.

From alcoholism, Gillum segued into depression.  He said he put on a good face but could not prevent the depression from “bubbling up inside.”

Even as he appeared on all those news programs, traveled the country to give speeches, he said he only was perfecting “the mask.”  The lesson to be learned – and the advice he has for his video audience was “don’t be like me. Don’t suffer in silence.  Get access to the help you need.”

Gillum said he felt shame, but that shame only exists to keep a person down.  His advice was to “get rid of shame.”

Gillum did not completely avoid politics.  He talked of his mother having Covid-19 and in support of the Black Lives Matter movement by saying as a Black man, he understands the feeling of inferiority.

Gillum’s only obtuse reference to what happened in that hotel room on March 13th was to say, “My stuff had to be public and cause great embarrassment, and lots of rumors, some false, some true, the shame that I felt from all of that from the harm that I had caused was tearing me up.  I needed real help to try to unpack that.”

He said he is doing a lot of writing – hoping it can help others.  If a book came to mind, you are probably right.  He hints that his seclusion is only of the moment.  It seems obvious that he hopes to become that public figure – that political person – sometime in the future.

The problem with his public confession is that it was incomplete and lacked a bit of sincerity.  If you did not know what drove him off the public platform, you might think he was talking about a DUI arrest.  The known events – and the suspicions – of what was going on in that hotel room need a lot more explanation.

When Catholics step into the confessional – or for that matter, when a criminal wants to confess – there has to be a complete iteration of the sins.  Gillum did not offer that up.

We Americans are a good people.  We are forgiving and tolerant – maybe too tolerant.  Since the tawdry engagements of President Bill Clinton – even in the Oval Office – we seem to have eliminated moral behavior as a requirement for political leadership.

No one can speak of the rehabilitation of Gillum’s soul.  That is between him and his God.  The forgiveness he may receive from his wife and children is between them – and not an appropriate subject of public speculation.  But his future as an accepted and respected future political leader is up to we the people.

Gillum has one advantage.  As a progressive Democrat, he will receive sympathy and support from the political left – and from the mainstream media.  That is already evident from some of the reporting on his Instagram video.

While I do not believe that his mea culpa video goes far enough to earn complete forgiveness.  It was not sufficiently complete and had an undertone of a strategic political maneuver.  Perhaps that is too cynical.  Regardless, I would offer him the hope that I would give any fallen human being – forgiveness.

I cannot offer my own forgiveness –not because of the quality of his video remarks, but because he has not wronged me in any way.  My hope for his honest rehabilitation is just a matter of principle that I apply in all cases.  If God can forgive anything, who am I to object.