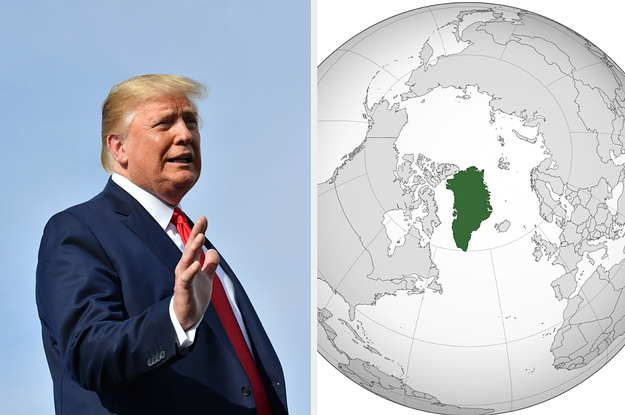 President Trump has cleared the air about what many believed to be an Internet joke. He has gone on record as saying that the US is seriously considering the purchase of Greenland – the largest island in the world.

In what he has referred to as basically a “real estate deal,” Trump said over the past weekend that Denmark has been losing money by keeping Greenland under its control.

“Essentially it’s a large real estate deal. A lot of things can be done. It’s hurting Denmark very badly because they’re losing almost $700 million a year carrying it,” he said. “So, they carry it at great loss, and strategically for the United States, it would be nice. And, we’re a big ally of Denmark and we help Denmark, and we protect Denmark.”

Trump said he may be visiting Greenland in the near future, but claimed the issue was not a top priority for the administration.

“I’m thinking about going there. I’m not necessarily, definitely going there, but I may be going. We’re going to Poland and then we may be going to Denmark — not for this reason at all, but we’re looking at it,” he said. “It’s not number one on the burner.”

“Greenland Is Not for Sale”

The only problem with Trump’s plan is, that apparently, although flattered by the offer, Greenland is not for sale.

“We see it as an expression of greater interest in investing in our country and the possibilities we offer,” Greenland’s government said last week. “Of course, Greenland is not for sale.”

White House chief economic adviser Larry Kudlow had confirmed the reports earlier in the day during an interview on “Fox News Sunday” and said it was under consideration.

The Wall Street Journal earlier reported that President Trump was interested in purchasing Greenland and the White House would seek to capitalize on its “abundant resources and geopolitical importance.”

“Greenland is a strategic place up there, and they’ve got a lot of valuable minerals,” Kudlow added.

“I don’t want to predict an outcome. I’m just saying the president, who knows a thing or two about buying real estate, wants to take a look.”

Trump Sticks With Pence For 2020