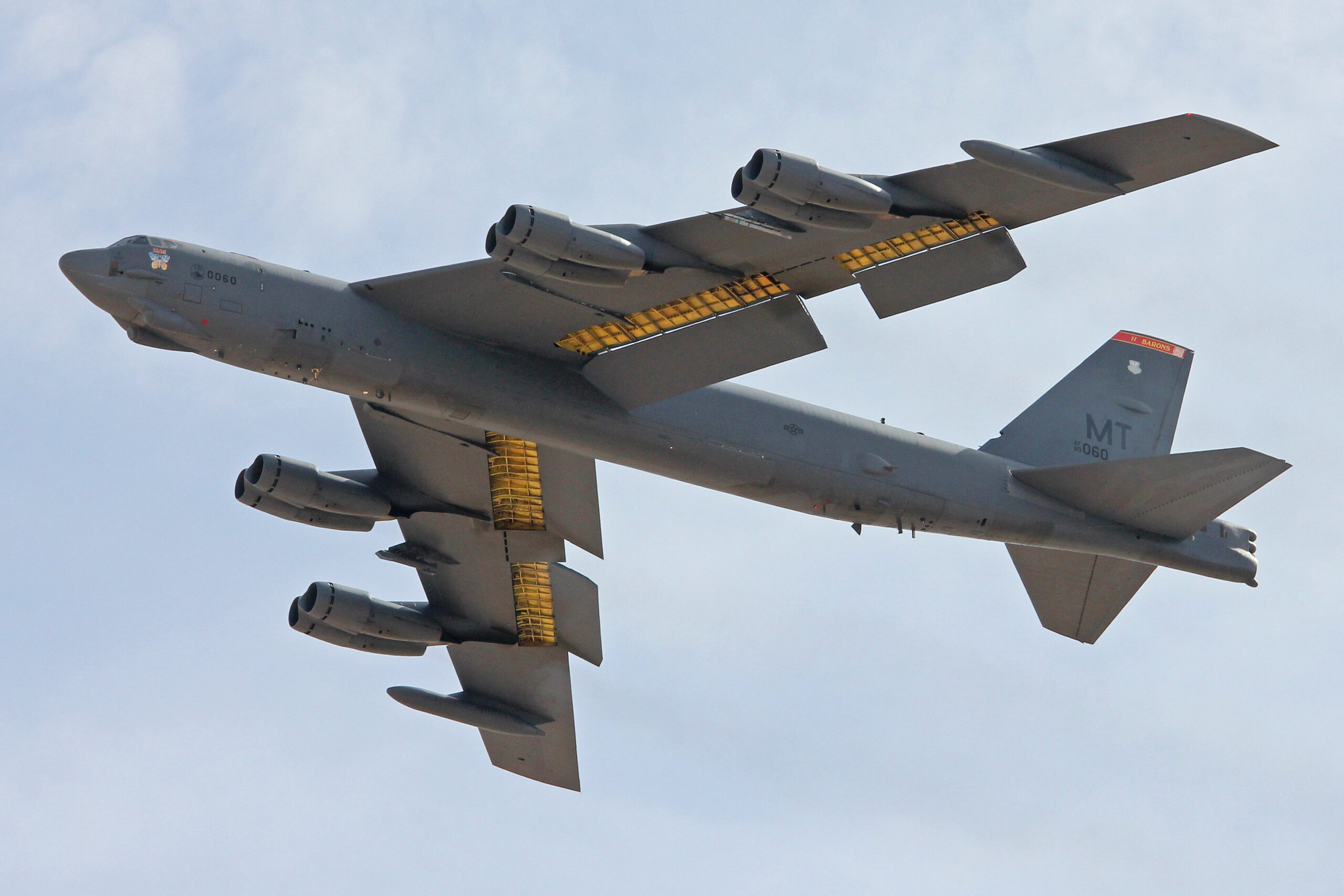 This week, President Trump flew two huge B-52H Stratofortress bombers over the Middle East, sending a strong message to the tyrannical rule of the Iranian regime. According to the Associated Press, this was the second of such flights in the last month. U.S bombers conducted a similar mission in November.

A military official said that the bombers planned to fly across Europe, the Arabian Peninsula, and then fly down the Persian Gulf, staying close to Qatar but away from Iran’s coastline.

General Frank McKenzie, the top U.S. commander for the Middle East, said, “The ability to fly strategic bombers halfway across the world in a non-stop mission and to rapidly integrate them with multiple regional partners demonstrates our close working relationships and our shared commitment to regional security and stability.”

He continued, “We do not seek conflict but we must remain postured and committed to respond to any contingency or in opposition to any aggression.”

According to a report from the Associated Press, “A senior military official, who spoke to a small group of reporters on the condition of anonymity to provide details of the mission, said the administration believes that the risk of an Iranian attack on U.S. or allied interests in the region is a bit higher than normal now, and the Pentagon wants to ensure that Tehran thinks twice before doing anything,”

Unlike President Trump, Joe Biden plans to reduce the global influence of the U.S. military, according to an Axios report released in November that states:

“The Biden team wants to elevate diplomacy and de-emphasize the military as an instrument of national power. “So having DoD rollout front-and-center sends one message,” said a source close to Biden. “Not doing so sends another message. There has always been the intent to signal from Day One that this is not an administration that is going to put the Pentagon at the center of things.”

An editorial from The Wall Street Journal Editorial Board warned against Biden reversing Trump’s “maximum pressure” sanctions campaign against Iran and returning to the Iran nuclear deal. The editorial said the Trump sanctions have “succeeded in weakening the rogue regime”  and that “today Tehran exports about a quarter of the 2.5 million barrels of oil a day it shipped when the U.S. was still in the deal. This deprives the government of $50 billion in annual revenue. The economy has shrunk, while the Iranian rial has lost 80% of its value against the dollar.”

“The original nuclear deal makes it easy for Iran to break out as its provisions sunset over the next decade,” the report added. “Meanwhile, it provided cash for Iran to expand its regional influence and terrorism. After signing the 2015 deal, Iran increased its military budget more than 30% between 2016 and 2018, and its proxies in Syria, Iraq, and Yemen benefited.”
Share
Facebook
Twitter
Pinterest
WhatsApp
Previous articleChina Says With Biden Win They Can “Return to the Right Track”
Next articlePennsylvania Fires Back at Texas Lawsuit