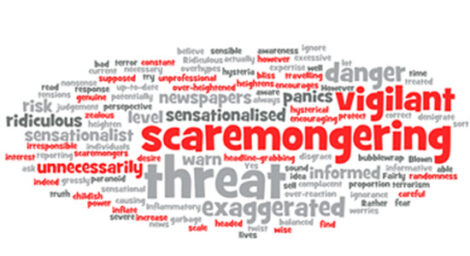 Even though millions of arms are getting injected with Covid-19 vaccines – and the numbers of new cases, hospitalizations and deaths are dropping – the media doctors are warning the public to continue to take all the protective measures of masking, distancing, hand washing and isolation.  This is no time to let up our guard, they say.

I find the call to “continue” to take the prescribed protection to be a bit out of step with reality.  It is as if the media folks have not been paying attention to their own reports of widespread ignoring of the advice – and even the rules and laws established to force compliance.

People are wearing masks when required to do so when entering a retail establishment.  But many masks generally go on just before people enter the store and are removed as they exit.

In terms of restaurants, fuhgeddaboudit.  People need to uncover to eat.  We do have rules to wear a mask when entering and exiting the restaurant.  Most folks I observed wore the mask until they were seated – removed the mask and did not put it on even to exit.  Proprietors may be able to deny you access without mask, but they can hardly stop you from leaving without the mask on.  They do not even try.

Throughout the pandemic, I noticed a lot of people fudging on the mask protocol – most commonly wearing the mask below the nose.  Some have even reverse bent the metal insert — designed to hug the nose more tightly – so that it creates an air vent.

You should also recall how millions of folks ignored the request to avoid congregating for the various holidays – Easter, Memorial Day, Labor Day, Thanksgiving, Christmas, Hanukkah and New Year’s Eve.  Every holiday resulted in a spike.

If the warnings were largely ignored when hospitals were filling up and death rates were rising, you can hardly expect the American people to start taking extreme precautions as the numbers are falling and millions are recovered – with antibodies – or vaccinated.

Once again, the bubble encased east coast media is out of touch with the vast majority of Americans – who have been ignoring the warnings from the get-go.  There must be a reason for that.

One possibility for that may be that the media and their medical professionals went too far in trying to scare the American public into submission.  While the pandemic is a tragedy, for sure, it is not as if people by the millions are dropping dead in the streets.

The media fearmongers were describing a world that most Americans were not experiencing.  More than 90 percent of the public were not contracting the Covid-19 virus  — and most of those who did had mild to no symptoms.  Most people do not even have family or friends who died.

There was also a lot of confusion about the need to wear masks.  Dr. Anthony Fauci, himself, advised against the use of masks for the first three months of the pandemic.

The warnings that our hospitals would be overrun never came to pass – although some did get crowded.  Despite the early warning about the vulnerability of our school children, the greater harm has come from closing the schools.

Despite the warnings to follow the extreme protective procedures, what we see in the real world is more and more people without masks.  Larger crowds in restaurants and bars (where they are allowed to open).  Entertainment venues are packed with maskless patrons.

Not only did the media and the TV doctors do too much fearmongering but that led to an excessive shutdown.  Americans were just not going to completely disrupt their lives – or tolerate all the damage done by the shutting down of the American way of life.

We are seeing an organic response among the American people.  It is not political.  Republicans, Democrats and independents are united in their rejection of the most severe protective measures.