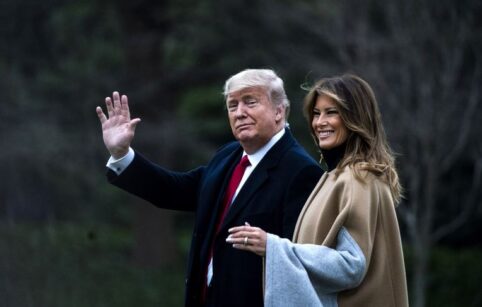 Former President Donald Trump and former First Lady Melania Trump have launched a new website to allow supporters and the press to contact him without using other social media sites.

The launch of the site, called “45 Office,” comes after Trump advisor Jason Miller announcement that the former President would make a return to social media “on his own platform” in the next few months.

The website will be Trump’s main source of communication, representatives told Fox News. Visitors can send emails, request greetings, or schedule an appearance from the former president or former First Lady. However, the site warns that due to the high number of inquiries, users will not receive status updates regarding their submissions.

“In an effort to ensure that your requests and comments are received in a timely manner, it is strongly encouraged that you submit all correspondence online,” the website says. “President and Mrs. Trump prefer not to receive letters, gifts, inquiries, and invitations through the mail.”

“Through this office, President Trump will remain a tireless champion for the hardworking men and women of our great country – and for their right to live in safety, dignity, prosperity, and peace,” the website’s home page says.

“[The] President and Mrs. Trump are continually strengthened by the enduring spirit of the American people, and they look forward to staying in touch.” Trump’s representatives told Fox News.