Should You Boycott Delta Airlines? 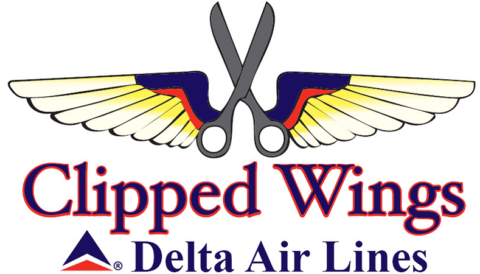 I cannot participate in a boycott of Delta Airlines for becoming too political – in opposition to my views, of course.  That is because I avoid flying Delta like a plague – more than the current pandemic, in fact.  My avoidance is not political.  It is based on two factors – service and safety.

I am not a big fan of boycotts of businesses as long as they stay out of partisan politics.  The left sees boycotts as a primary tool of issue advocacy.  I do not.  The radical left might be less enthused about boycotts if they just looked at their history of success.

In recent years, those on the left have called for boycotts of Wal-Mart, Chick-fil-A, Hobby Lobby and Goya Foods.  Not only were the boycotts not successful, they actually backfired – increasing sales for the targeted companies.

While I am not big on boycotts, I do make my personal gesture.  I switched to Goya when I appropriated Mexican culture in my kitchen.  And I never buy Ben and Jerry’s ice cream.

Delta’s condemnation of the Georgia legislature seems to be over voting reforms that the executives of Company obviously never read.  It appears they just absorbed the grossly inaccurate information (lies) from the liberal news media – and President Biden – and piled on.  Even the liberal Washington Post gave four Pinocchios ­­– the newspapers worst rating to President Biden for a series of false statements (lies) about the Georgia legislation.

Had Delta officials read the legislation – or talked to the Governor – they would have learned that virtually none of those terrible things emanating from the left were true.  There was no early five o’clock closing of the polls.  The ban on passing out food and water only limited to political operatives electioneering within 150 feet of the polling place.  No ban on nonpartisan groups passing out water and food at any point.  The Bill also opened polls on weekends making it easier for workers to vote.

It would be the height of hypocrisy if Delta opposed the voter ID requirement since they are very strict about showing an ID before boarding a place.

As a commercial enterprise, Delta is supposed to provide a profit for shareholders.  That is their legal duty.  In this case, the management may well have committed a small malfeasance.  The legislature that passed the election reforms is now dealing with a bill to take away Delta’s fuel tax exception – worth tens of millions of dollars each year.

Personally, I hope they do.  If Delta wants to play hardball partisan politics based on bogus information – and place public relations above policy — then they should suffer the political consequences.

Cutting the tax break for Delta puts the left in a bit of a conundrum.  Oh … they are happy to have Delta join their bogus election law narrative – even if it does ground their corporate plane in the partisan political swamp.  But how do they feel about cutting the tax benefit?  After all, the left has been screaming about that very subject – tax breaks for big corporations.  They just cannot decide if they love big business or hate it.  I guess it depends.

And what about the Coca-Cola Company that also switched from being okay with the new law to issuing a statement of harsh condemnation?  Not sure what the legislature can do to them, but I have a very tough personal choice.

I have been a Coke drinker my entire life – that would be more than 70 years.  I came close to switching brands when some idiots in the front office created “New Coke” – but they did see the error of their ways and the classic Coke was restored.  Now, I just may have to switch to another brand of cola.

When all is said and done, Delta and Coke are not likely to suffer any stock-crushing financial setback.  Boycotts rarely work.  The last time a boycott may have made some difference was in the days of the civil rights movement in the 1960s – and that is even questionable.  It was more due to the sit-in and police violence in the Democrat southland that drew national attention and outrage.

I am heading to the grocery store today — and will be agonizing in the beverage aisle.