Where is it legal to shoplift? 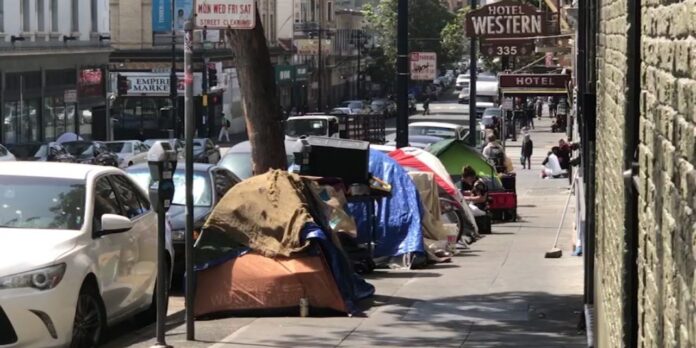 San Francisco is famous for its Golden Gate Bridge and its cable cars. But did you know San Francisco is also the shoplifting capital of America? Last week, a man brazenly entered a San Francisco Walgreens on a bicycle. He filled up a trash bag with stolen goods and exited the store without confrontation from security.

Unfortunately, this is nothing new for Walgreens. The retailer closed 17 stores after reporting shoplifting rates four times higher than the national average. And it’s not just high schoolers and homeless people making off with stolen goods. In fact, CVS estimates 85% of its dollar losses in San Francisco are the result of organized crime.

“We’ve had incidents where our security officers are assaulted on a pretty regular basis [by shoplifters] in San Francisco,” adds Brendan Dugan, an executive with CVS.

San Francisco’s shoplifting problem traces back to 2014. That is when Democratic Governor Jerry Brown signed off on a proposal to reclassify nonviolent theft as a misdemeanor as long as the value of goods stolen was less than $950.

The policy emboldened would-be thieves, many of whom resell stolen items for cash they need to buy drugs. By 2019, the city was reporting rates of property crime and violent crime more than 50% higher than the state average.

“Everyone goes toward greatest opportunity and least risk,” explains New York Post contributor Hannah E. Meyers. “Thieves flock to San Francisco, unconcerned by what amounts to the vague threat of a citation should they be detained.”

Democratic policymakers “may think that removing the barriers to shoplifting shows a lofty empathy for offenders or an enlightened indifference to ‘low-level’ crime,” continues Meyers. “In fact, such neglect underwrites drug addictions and professionalizes criminal fencing rings. It shows zero compassion for mistreated store workers, whose daily jobs involve inconvenience, indignity, and danger from cocky crooks.”

The situation was further exacerbated in January 2020 when incoming District Attorney Chesa Boudin announced he would not prosecute what he calls “quality-of-life crimes.” This includes public camping (homelessness), prostitution, and public urination.

In the year following his announcement, the number of drug overdose deaths reported in San Francisco was twice that of COVID deaths. Burglaries jumped 50% despite pandemic restrictions and car theft increased 22%. Homelessness soared.

There was little response from police, says Iryna Gorb, a San Francisco resident who started her own investigation after several of her neighbors reported robberies. “We’re still on high alert now, all the time,” adds Gorb. “I don’t think I’ll ever feel safe in San Francisco anymore.”

“If you want to know what America would be like if progressives ever took over the country, just go to San Francisco and look around,” writes Bernard Goldberg, who worked in the city as a news correspondent in the 1970’s. San Francisco was “the most beautiful city in America as far as I was concerned,” adds Goldberg. “But that was a long time ago. Now, San Francisco is a very dark, sad place.”