The Media Lied About US Vaccine Strategy 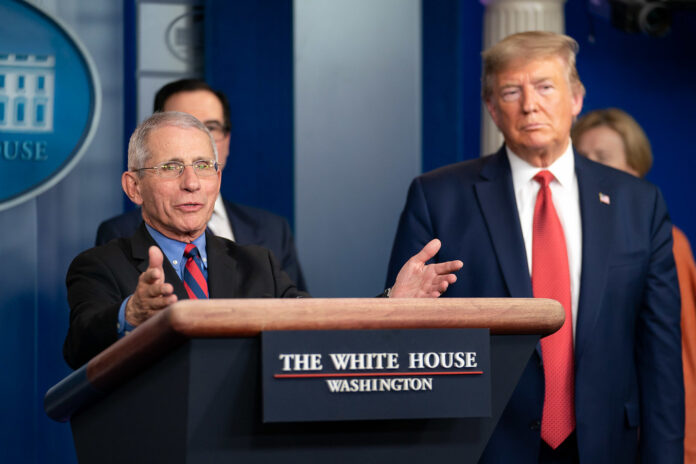 One of the lead topics on MSNBC’’s “Morning Joe” has been the low vaccination rates in some states.  Co-host Mika Brzezinski – appearing without her life partner and namesake co-host (which means she can talk without interruptions) – is peddling the narrative that those rejecting vaccines are Republicans.  And, of course, she blames Trump’s Rasputin-like influence.

That narrative is now permeating the biased and corrupt media.  They cite the red state of Mississippi as their primary example.  A close examination blows up their narrative.  Once again it is baseless hyperbolic dishonest reporting.

Yes, Mississippi is a red state in that has a Republican governor, two Republican senators and a legislature controlled by Republicans.  While it is a very red state politically, the suggestion that those not getting vaccinated in the Magnolia State are all Republicans – or even predominantly Republicans – is dubious, at best.

The evidence of leftwing media dishonesty is found in the statistics.  According to the news reports, only 30 percent of Mississippians are vaccinated – meaning that 70 percent are not.  If you check out the voter registration rolls, that automatically means that a lot of Democrats and independents are among the vaccination resisters.  It is statistically impossible for those 70 percent non-vaccinated Mississippians to all be Republicans.

There is another statistic that undermines the contention that the lack of vaccinations is a Republican issue in Mississippi – or anywhere else in the country.  One of the ethnic groups with the highest rejection of vaccinations is the African American community.

That has been well documented anecdotally and statistically.  The latest report (July 4) from the Center for Disease Control shows that 61 percent of white American have been vaccinated – but only 12 percent of blacks.  That is also the case in Mississippi that has a 38 percent black population – and where 82 percent of blacks are democrats.  Those figures could mean that most of those not vaccinated in Mississippi are actually Democrats.

As far as blaming Republican leaders for discouraging grassroots Republicans from getting vaccinate, we have another pile of partisan propaganda poop.  Virtually every Republican governor has strongly encouraged people to get vaccinated – and have established programs to promote vaccination.

President Trump has never said a word of discouragement in terms of vaccination – and he and his family have all been vaccinated.  He has often bragged about his administration producing vaccines in record time.  He has called for people to be vaccinated, although some may argue that he has not said and done enough.  Or perhaps, the anti-Trump media does not give his statements sufficient reporting.  Even if that were true that Trump could have been more forceful in his statements, it hardly means that he and other Republican leaders were DISCOURAGING vaccinations.

I find it curious that the media claims Republican voters are an obedient cult that follows Trump without question, and yet they do not follow when he says to get vaccinated and does so himself.

Much like the mask issues, I do not believe that it is as partisan as the media promotes.  Maybe not partisan among the people at all.  Even as the media talks about the hostility between one side or the other – and digs out non-representative anecdotal examples – we the people seem to be handling it quite well without hostility and angst.

While the politicians and the press want to put a political spin on virtually everything these days, I think the issue of masking and the resistance to vaccinating are highly personal — and those who do and those who do not cut across the partisan lines.  And both the anecdotal and statistical data seem to prove that.  But who cares about data if you are motivated to spin everything into a partisan battle – especially when you are promoting on side of the partisan divide?